Amid scepticism, Saudi official provides another version of Khashoggi death 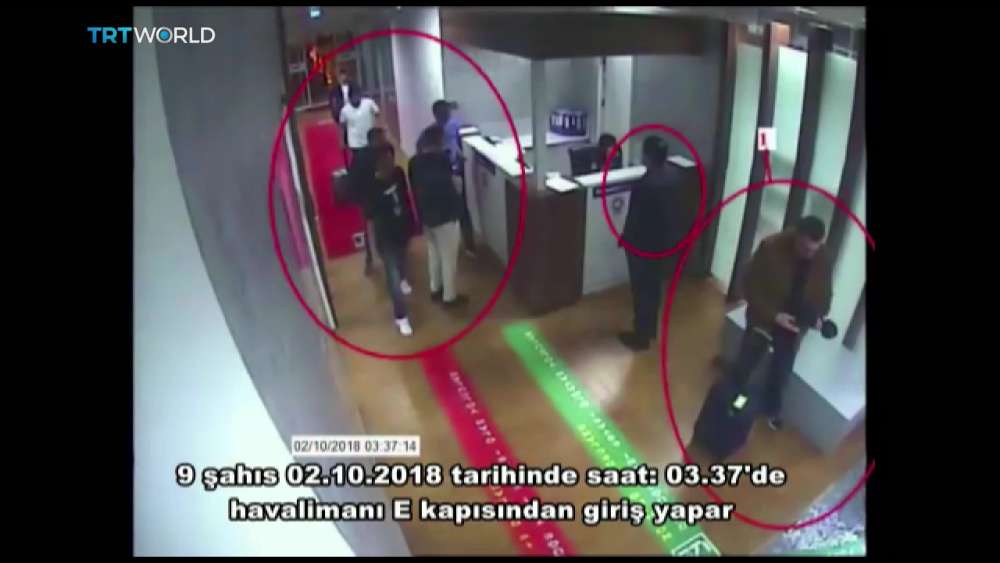 As Saudi Arabia faced intensifying international scepticism over its story about the death of journalist Jamal Khashoggi, a senior government official laid out a new version of the death inside the Saudi consulate in Istanbul that in key respects contradicts previous explanations.

The latest account, provided by a Saudi official who requested anonymity, includes details on how the team of 15 Saudi nationals sent to confront Khashoggi on Oct. 2 had threatened him with being drugged and kidnapped and then killed him in a chokehold when he resisted. A member of the team then dressed in Khashoggi’s clothes to make it appear as if he had left the consulate.

After denying any involvement in the disappearance of Khashoggi, 59, for two weeks, Saudi Arabia on Saturday morning said he had died in a fistfight at the consulate. An hour later, another Saudi official attributed the death to a chokehold, which the senior official reiterated.

Turkish officials suspect the body of Khashoggi, a Washington Post columnist and critic of powerful Crown Prince Mohammed bin Salman, was cut up but the Saudi official said it was rolled up in a rug and given to a “local cooperator” for disposal. Asked about allegations that Khashoggi had been tortured and beheaded, he said preliminary results of the investigation did not suggest that.

The Saudi official presented what he said were internal Saudi intelligence documents which appeared to describe an initiative to bring dissidents home to Saudi Arabia, including the specific one involving Khashoggi. He also showed testimony from those involved in what he described as the 15-man team’s cover-up, and the initial results of an internal probe. He did not provide proof to substantiate the findings of the investigation and the other evidence.

This narrative is the latest Saudi account that has changed multiple times. The authorities initially dismissed reports that Khashoggi had gone missing inside the consulate as false and said he had left the building soon after entering. When the media reported a few days later that he had been killed there, they called the accusations “baseless.”

Asked by Reuters why the government’s version of Khashoggi’s death kept changing, the official said the government initial account was based on “false information reported internally at the time.”

“Once it became clear these initial mission reports were false, it launched an internal investigation and refrained from further public comment,” the official said, adding that the investigation is continuing.

Turkish sources say authorities in Turkey have an audio recording purportedly documenting Khashoggi’s murder inside the consulate but have not released it.

Riyadh dispatched a high-level delegation to Istanbul on Tuesday and ordered an internal investigation.

According to the latest version of the death, the government wanted to convince Khashoggi, who moved to Washington a year ago fearing reprisals for his views, to return to the kingdom as part of a campaign to prevent Saudi dissidents from being recruited by the country’s enemies, the official said.

To that end, the official said, the deputy head of the General Intelligence Presidency, Ahmed al-Asiri, put together a 15-member team from the intelligence and security forces to go to Istanbul, meet Khashoggi at the consulate and try to convince him to return to Saudi Arabia.

“There is a standing order to negotiate the return of dissidents peacefully; which gives them the authority to act without going back to the leadership” the official said.

“Asiri is the one who formed the team and asked for an employee who worked with (senior royal adviser Saud) al-Qahtani and who knew Jamal from the time they both worked at the embassy in London,” he said.

The official said Qahtani, who worked for the crown prince, had signed off on one of his employees conducting the negotiations.

According to the plan, the team could hold Khashoggi in a safe house outside Istanbul for “a period of time” but then release him if he ultimately refused to return to Saudi Arabia, the official said.

Things went wrong from the start as the team overstepped their orders and quickly employed violence, the official said.

Khashoggi was ushered into the consul general’s office where an operative named Maher Mutreb spoke to him about returning to Saudi Arabia, according to the government’s account.

Khashoggi refused and told Mutreb that someone was waiting outside for him and would contact the Turkish authorities if he did not reappear within an hour, the official said.

Khashoggi’s fiancée, Hatice Cengiz, has told Reuters he had handed her his two mobile phones and left instructions that she should wait for him and call an aide to Turkey’s president if he did not reappear.

Inside the consul’s office, according to the official’s account, Khashoggi told Mutreb he was violating diplomatic norms and said, “What are you going to do with me? Do you intend to kidnap me?”

Mutreb replied, “Yes, we will drug you and kidnap you,” in what the official said was an attempt at intimidation that violated the mission’s objective.

When Khashoggi raised his voice, the team panicked. They moved to restrain him, placing him in a chokehold and covering his mouth, according to the government’s account.

“They tried to prevent him from shouting but he died,” the official said. “The intention was not to kill him.”

Asked if the team had smothered Khashoggi, the official said: “If you put someone of Jamal’s age in this position, he would probably die.”

To cover up their misdeed, the team rolled up Khashoggi’s body in a rug, took it out in a consular vehicle and handed it over to a “local cooperator” for disposal, the official said. Forensic expert Salah Tubaigy tried to remove any trace of the incident, the official said.

Turkish officials have told Reuters that Khashoggi’s killers may have dumped his remains in Belgrad Forest adjacent to Istanbul, and at a rural location near the city of Yalova, 90 kilometers (55 miles) south of Istanbul.

Turkish investigators are likely to find out what happened to the body “before long,” a senior official said.

The Saudi official said the local cooperator is an Istanbul resident but would not reveal his nationality. The official said investigators were trying to determine where the body ended up.

Meanwhile, operative Mustafa Madani donned Khashoggi’s clothes, eyeglasses and Apple watch and left through the back door of the consulate in an attempt to make it look like Khashoggi had walked out of the building. Madani went to the Sultanahmet district where he disposed of the belongings.

The official said the team then wrote a false report for superiors saying they had allowed Khashoggi to leave once he warned that Turkish authorities could get involved and that they had promptly left the country before they could be discovered.

Sceptics have asked why so many people, including military officers and a forensics expert specializing in autopsies, were part of the operation if the objective was to convince Khashoggi to return home of his own volition.

The disappearance of Khashoggi, a Saudi insider turned critic, has snowballed into a massive crisis for the kingdom, forcing the 82-year-old monarch, King Salman, to personally get involved. It has threatened the kingdom’s business relationships, with several senior executives and government officials shunning an investor conference in Riyadh scheduled for next week and some U.S. lawmakers putting pressure on Trump to impose sanctions and stop arms sales to Saudi Arabia.

The official said all 15 team members had been detained and placed under investigation, along with three other local suspects.