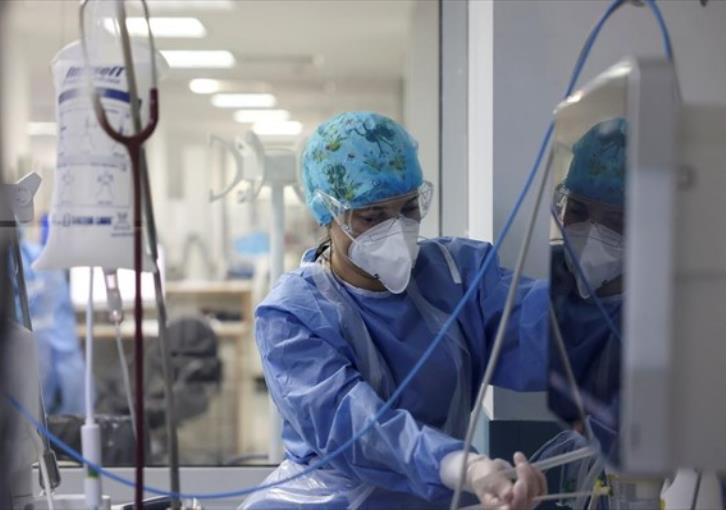 A patchwork of campaigns for an extra COVID-19 shot are being rolled out across the European Union even before the region’s drug watchdog rules on whether they are safe and effective.

Italy, France, Germany and Ireland have already started to administer booster shots and the Netherlands plans to do so soon but only to people who are immuno-suppressed.

But several EU countries are waiting for the European Medicines Agency (EMA) to give its opinion this week.

The fragmented picture mirrors the different approaches seen in the roll-out of shots across one of the world’s wealthiest regions at the turn of the year.

They also highlight the lack of consensus among scientists about how broadly they are needed, while governments seek to revive their ailing economies, fight the more infectious Delta variant, and avoid further lockdowns in the winter.

Underscoring what is at stake, the EU‘s infectious diseases centre said on Thursday the region’s coverage of vaccines was still too low and there was a risk of a significant surge in cases, hospitalisations and deaths over the next six weeks.

That compares with less than a quarter of the population in Bulgaria, one of the big laggards in EU vaccinations.

Still, the bloc’s push towards boosters will stir the debate over rich nations’ use of vaccines while poorer countries struggle to access supplies and inoculate their citizens.

The World Health Organization has called on countries to delay boosters until more people around the world have been inoculated.

EU NEXT IN LINE

If the EMA gives its backing for the Pfizer booster, the 27-member bloc will join the United States, Britain and Israel, which have already received the green light to administer them.

Those have relied on data from Israel where boosters are being offered to the whole population showing that more than 1.1 million people aged 60 and older received a booster dose of Pfizer, resulting in a decline in overall infections as well as severe illness from COVID-19 in that group.

Pfizer and Moderna have also each released analyses of clinical trial data showing that the effectiveness of their shots, initially estimated at over 90% against symptomatic COVID-19 infection, wanes over time.

Many vaccine experts say the data so far only suggest a need for boosters in older adults and people with compromised immune systems.

A decision by the EMA is expected on Monday, although the regulator is unlikely to provide detailed guidance on who should receive a booster shot.

The EMA and the European Centre of Disease Prevention and Control (ECDC) have both said there is not enough data on the issue.

On Thursday, the ECDC said additional doses may be given to people with severely weakened immune systems as they may not have adequate protection from standard vaccination.

As a precautionary measure, older frail people, in particular those living in care homes, could also get a booster, while healthcare workers and other staff who are exposed to the virus could also be considered, it said.

But it said it was still assessing data on waning immunity after vaccination and reduced vaccine effectiveness against the Delta variant.

In the meantime, EU countries are implementing their own policies.

Italy has started to administer shots across the immuno-compromised, the elderly and healthcare workers who are vulnerable or at high risk of infection, targeting a total of about 9 million people.

In contrast, the Netherlands is limiting its boosters to the immunosupressed – up to 400,000 people – and has stressed the need for primary vaccinations.

“For the time being, the current COVID-19 vaccines offer an undiminished high level of protection against it. The only clues so far for a diminishing protections are coming from Israel, but these indications in themselves still offer too little basis for a booster campaign in the Netherlands,” the health council said.

In Denmark, the government is pursuing a similar strategy but plans to hand out extra doses to medical staff and anyone over 65 if the EMA gives the go-ahead.

Switzerland will not use boosters for now because the authorities say they do not see protection slipping over time, but they are still monitoring the data.

The decision-making has exposed domestic divisions too. Germany’s federal and regional health ministers were worried about slowing vaccination rates and voted for third doses to a large portion of the population.

But the country’s vaccine expert panel STIKO has only endorsed a extra shot for the immunocompromised, such as cancer patients or people with organ transplants.

It said it was considering widening to other groups and it would make a recommendation over the coming weeks.