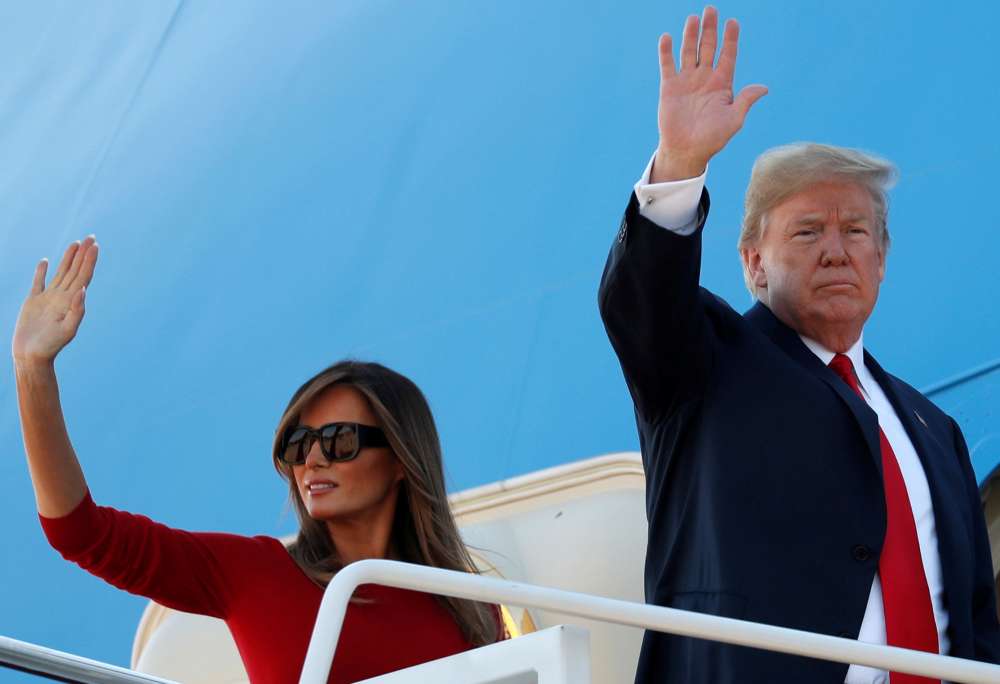 The U.S. Embassy in London issued an alert on Tuesday to Americans in the British capital, warning them to keep a low profile during President Donald Trump’s visit later this week in case protests against him turn violent.

Trump arrives in Britain on Thursday after a NATO summit and thousands of protesters are expected to join demonstrations during his visit, including plans to fly a blimp over parliament portraying Trump as an orange, snarling baby.

While Britain regards the United States as its closest ally, some Britons see Trump as crude, volatile and opposed to their values on a range of issues. His comments on militant attacks in Britain and his re-tweeting of anti-Muslim videos posted by a leader of a far-right UK party sparked anger.

More than 50,000 people have signed up to demonstrate in London on Friday against his visit although a counter-gathering to welcome him is also planned.

“Numerous demonstrations are being planned for July 12 to 14, 2018, surrounding the visit of the President of the United States to the United Kingdom,” the U.S. embassy said in the alert on its website.

“Several of the events are expected to attract large crowds and there will be road closures in connection with those events.”

Its advice to U.S. citizens was to “keep a low profile” and “exercise caution if unexpectedly in the vicinity of large gatherings that may become violent”.

Trump arrives in Britain on Thursday after the NATO summit in Belgium and will stay overnight at the central London residence of the U.S. ambassador where a high metal security fence was erected outside.

He will hold talks with Prime Minister Theresa May at her 16th-century manor house, meet Queen Elizabeth at Windsor Castle and attend a black-tie dinner at the home of former World War Two leader Winston Churchill – all outside London.

The U.S. president is also due to travel to Scotland where he owns two golf courses and Scotland’s interim police chief has said more than 5,000 officers would be needed for to cover the trip, including specialist riot and armed officers.

Ahead of his visit, Trump said Britain was currently “in somewhat turmoil” as Prime Minister May grappled with a political crisis after two top ministers quit over her plans for trade ties with the European Union after Britain leaves the bloc next March.

“I have NATO, I have the UK, which is in somewhat turmoil, and I have (Vladimir Putin),” Trump said as he set off on his trip to Europe which includes a meeting with the Russian President in the Finnish capital Helsinki.

“Frankly, Putin may be the easiest of them all. Who would think?”

Relations between Britain and Russia are at a post-Cold War low since May blamed the Kremlin for the poisoning of former Russian agent Sergei Skripal with a Soviet-era military nerve agent in March.