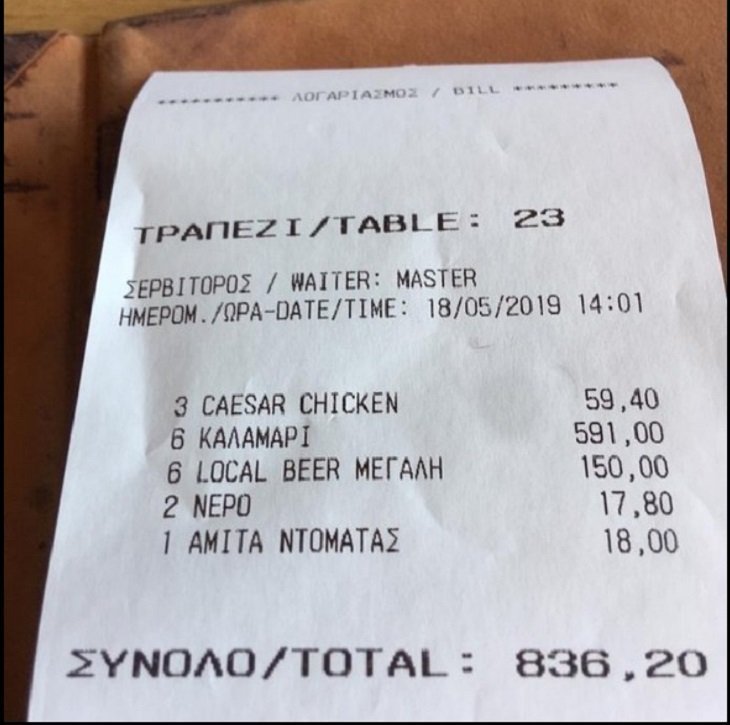 A tripadvisor review of a restaurant in Mykonos by an American tourist who says he paid €591 for six portions of calamari has gone viral in Greece.

The outraged tourist from Brooklyn, urges visitors to avoid the restaurant which charged him in total €836.20 for six portions of calamari, six beers, three salads and a tomato juice at the exorbitant price of €18. 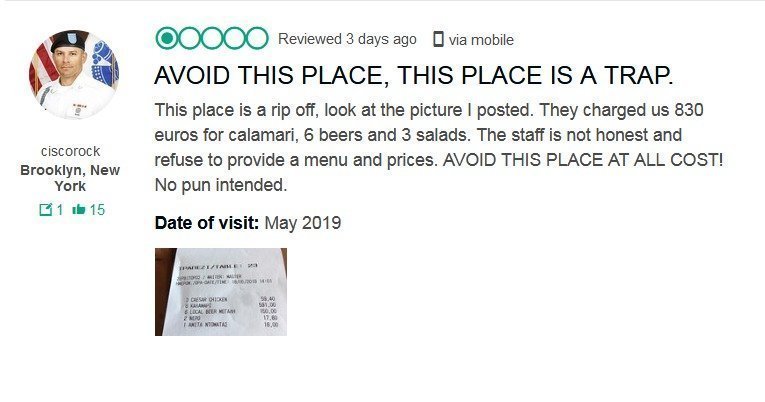 The man’s post triggered a series of comments by other visitors of said restaurant who also complained about the prices and posted pictures of their bills.

Another user, “Jordan M” who visited the restaurant also in the same month complained about “very extortionate drink prices” as he paid €15 for a Sprite soda and €10 for a double Greek coffee.

Other tourists also posted pictures of their bills from the restaurant. 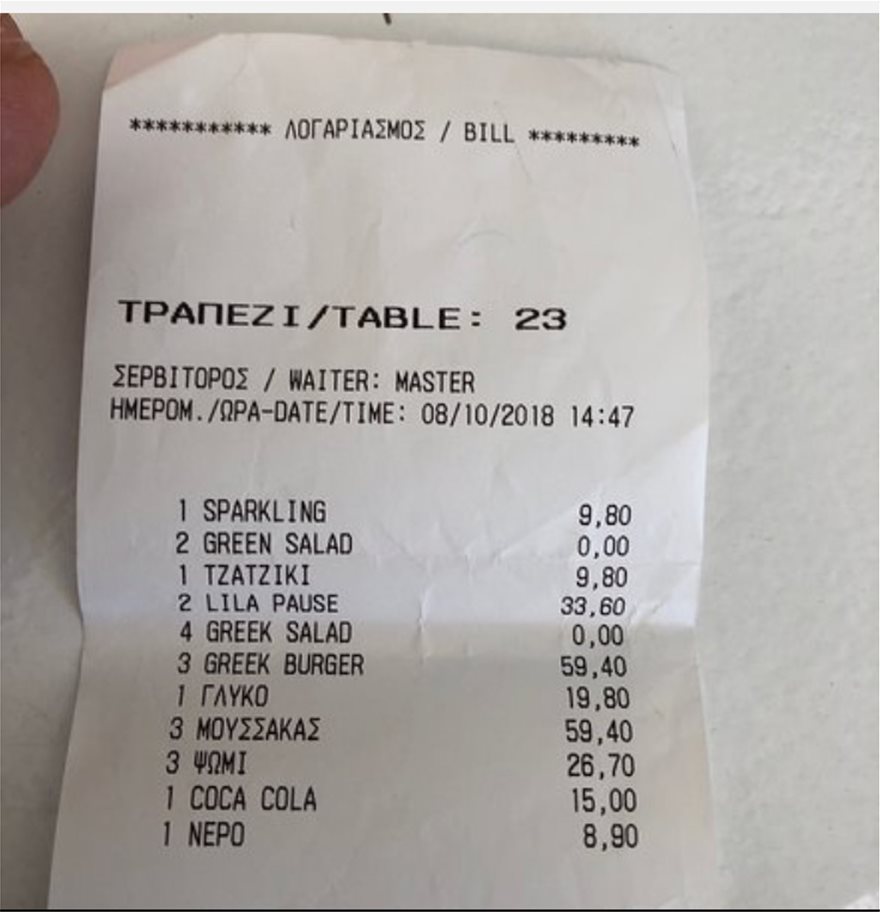 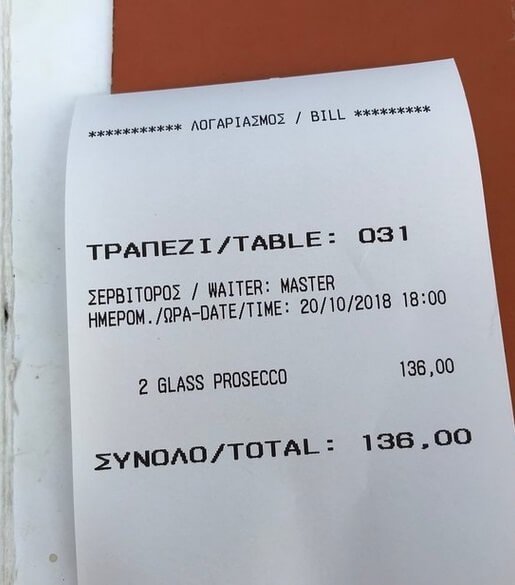 The manager of the facility dismissed the claims saying that all customers receive the menu with the prices on it.