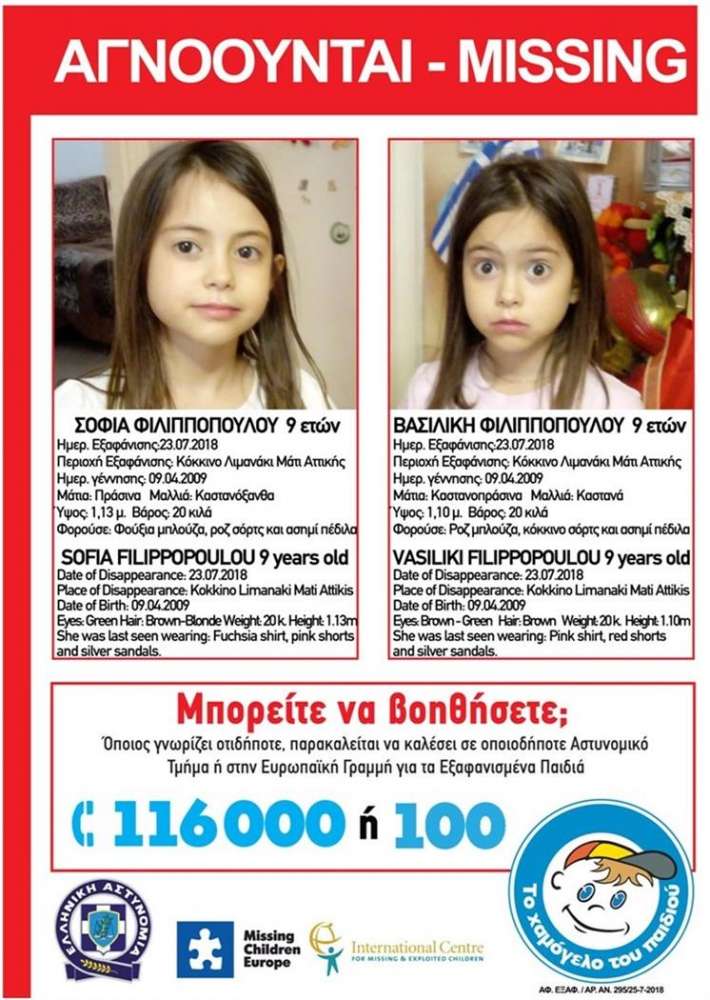 An amber alert has been issued for two nine year old twin sisters Sofia and Vasiliki Filippopoulou who have been missing since wild fires swept through Kokkino Limanaki east of Athens on Monday.

Initial hopes that the girls had been found after their father recognised them in TV footage aboard a boat of people rescued from the fire were dashed after it emerged that it was a case of mistaken identity.

The story has gripped public opinion still reeling from the devastation of the wild fires that has claimed 80 lives, led to the injury of scores of others while an unknown number are still unaccounted for.

The children were with their grandparents at Kokkino Limanaki. In a desperate search to find them, their parents visited hospitals and the morgue where they gave DNA.

But footage on TV on Tuesday evening showing two girls with a man raised hopes they had been found, even though their names were not on the list of evacuated passengers.

Later on Wednesday, Greek police clarified that the children rescued by the coast guard shown on TV were not Sofia and Vasiliki. It said that it had been contacted by the man who said the girls were his daughters. Police took statements and determined that they were his children. An Amber Alert has been issued for the twin girls.