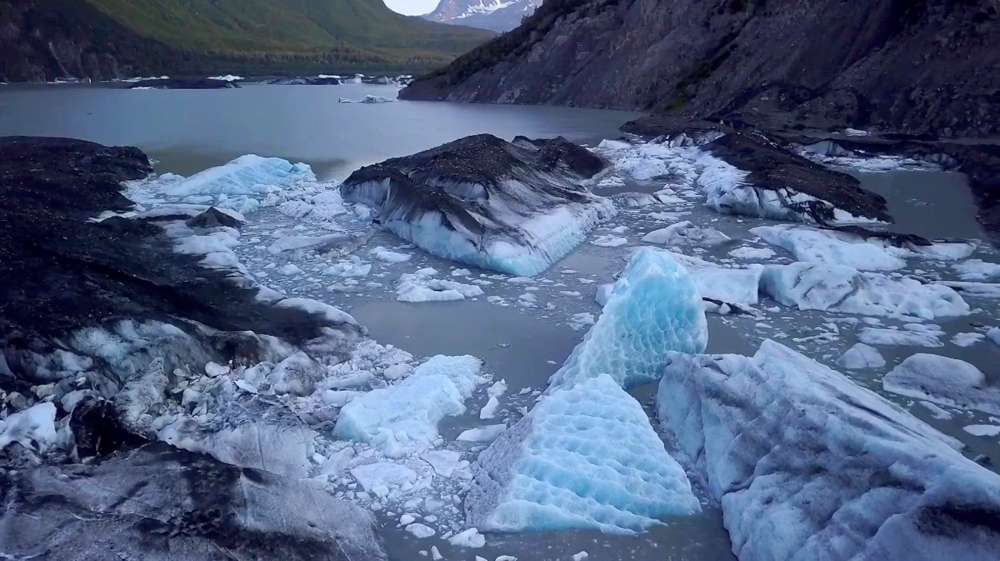 July’s statewide average temperature rose to 58.1 degrees Fahrenheit (14.5 degrees Celsius), a level that for denizens of the Lower 48 states might seem cool enough but is actually 5.4 degrees above normal and nearly a full degree higher than Alaska’s previous record-hot month.

The new high was officially declared by the National Oceanic and Atmospheric Administration (NOAA) in its monthly climate report, released on Wednesday.

More significantly, July was the 12th consecutive month in which average temperatures were above normal nearly every day, said Brian Brettschneider, a scientist with the Alaska Center for Climate Assessment and Policy (ACCAP) at the University of Alaska Fairbanks.

Of Alaska’s 10 warmest months on record, seven have now occurred since 2004.

Alaska, like other parts of the far north, is warming at least twice as fast as the planet as a whole, research shows. And over the past 12 months, Brettschneder said, that warming has crossed a threshold – shifting Alaska from an environment with average temperatures below freezing to above freezing.

It used to be that Alaska was generally a frozen state, he said, adding, “Now we’re an unfrozen state.”

Runoff from accelerated melting of glaciers and high-altitude snowfields sent some rivers to near or above flood stage in early July, despite a drought gripping much of the state, including the world’s largest temperate rain forest in southeastern Alaska.

Sea ice, which has been running at record or near-record lows since spring across the Arctic, completely vanished from waters off Alaska by the start of August. The nearest stretch of ice this summer, said ACCAP climate scientist Rick Thoman, lies about 150 miles (240 km) north of Kaktovik, a village above the Arctic Circle on the northeastern edge of Alaska.

NO ICE FOR WALRUSES

The effect on Pacific walruses is particularly acute.

Walruses normally perch on floating ice to rest while diving for food and to take care of their newborn calves. Now, with no ice in sight, the walruses have crowded onto the Chukchi Sea shoreline earlier in the year than at any time on record, according to the U.S. Fish and Wildlife Service.

Thousands of walruses – almost all adult females and their young calves – congregated by July 25 on a Chukchi Sea beach near the Inupiat village of Point Lay. Walruses have been coming ashore there almost every year since 2007, then a record-low Arctic ice year, but they have rarely been forced ashore before autumn.

Beach crowding can be dangerous for the large, tusked creatures. If they are spooked by noise or the appearance of a predator, they might stampede into the water, trampling younger and smaller animals to death.

They are not the only marine mammals suffering through the hot Alaska summer.

Thirty-two dead gray whales have been found in Alaska waters this year, six of them in the Bering Strait region or the Chukchi Sea off northwestern Alaska, said Julie Speegle, a NOAA spokeswoman in Juneau. As of mid-July, 137 dead seals had been found on Bering Strait-area beaches, Speegle said.

Seabird carcasses are littering beaches in what has shaped up as the fifth consecutive year of large bird die-offs in Alaska.

High numbers of salmon, apparently overcome by the heat before getting the chance to spawn, have been found floating dead in rivers and streams around western Alaska.

The warming trend has been uncomfortable for humans as well.

Fueled in part by the heat, wildfires across the state have burned more than 2.4 million acres (970,000 hectares) as of early August, spewing smoke and soot that has fouled the air quality of several cities and regions. The smoke pollution poses an unusual quandary for sweltering Alaskans, most of whom live without air conditioning.

“When it’s hot and smoky, Alaska doesn’t have a good way to cope with that,” said Thoman, the ACCP climate scientist whose hometown of Fairbanks was particularly hard hit by wildfire smoke. “Open your windows and you get smoked up. Keep your windows closed and you get hot.”

“I tell people we’re not built for heat. Our houses are built to store heat,” he said.