A prayer for Brexit: Church to plead for unity – Britain’s next Brexit flashpoint 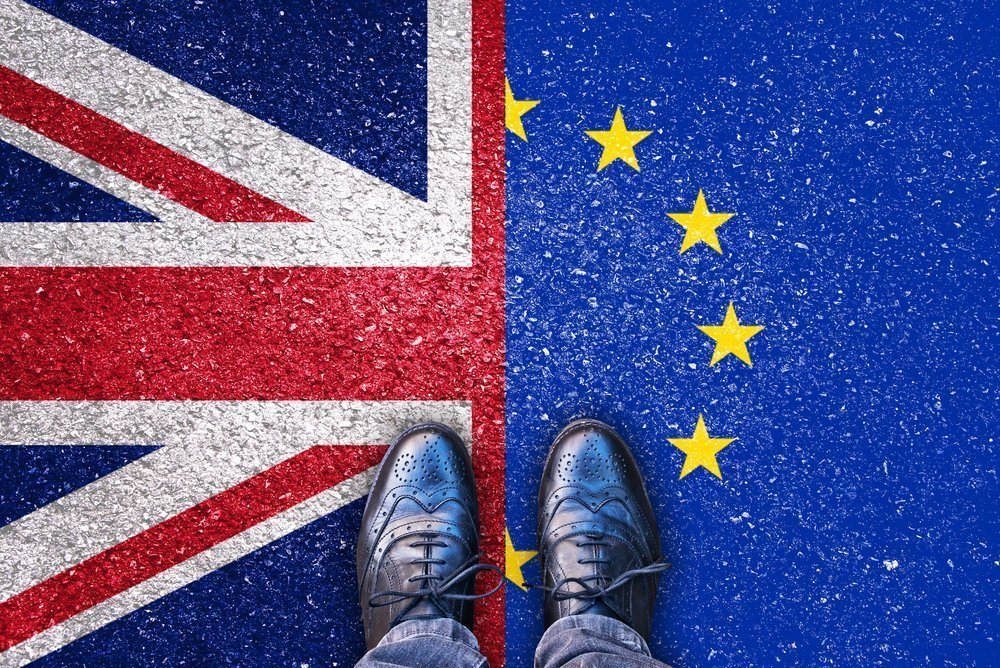 The spiritual leader of the Church of England may lead five days of prayer with other Churches after Britain’s March 29 exit from the European Union in an attempt to ease Brexit divisions, The Sunday Times reported.

Under plans discussed by the Church of England, Archbishop of Canterbury Justin Welby wants to pray in public with the leaders of the Catholic, Methodist, Baptist and United Reformed churches on the day after Britain leaves.

“I would hope that it will resonate with the wider nation, that this is the time for turning to something deeper in the human spirit than legal arguments and philosophical discussions, and to seek wisdom from God,” a senior Church of England source was quoted as telling the newspaper.

With the clock ticking down to March 29, the date set in law for Britain to leave the EU, the United Kingdom is in the deepest political crisis in half a century as it grapples with how, or even whether, to exit the European project it joined in 1973.

The Sunday Times said Prime Minister Theresa May, an Anglican, and Labour Party leader Jeremy Corbyn are being sounded out to join them.

Brexit must not be frustrated, Theresa May says

Britain’s exit from the European Union must not be frustrated and the government must focus on delivering it, Prime Minister Theresa May said.

May is trying to get changes to the divorce package before putting it to another vote in parliament. If she fails, May will have to decide whether to delay Brexit or endanger the world’s fifth largest economy by leaving without a deal on March 29.

“Our focus to deliver Brexit must be absolute,” May told Conservative Party activists on Saturday, according to the BBC.

“We must not, and I will not, frustrate what was the largest democratic exercise in this country’s history. In the very final stages of this process, the worst thing we could do is lose our focus.”

Three British cabinet ministers have publicly indicated they will back plans to delay Brexit if lawmakers vote down May’s plan for a new deal with the European Union.

Business minister Greg Clark, work and pensions minister Amber Rudd, and justice minister David Gauke signalled in a Daily Mail column that they will side with rebels and opposition parties to stop Britain leaving without a deal if necessary.

May has promised that if she does not bring a revised deal back by Feb. 27, parliament will have an opportunity to vote on the next steps. Some lawmakers are expected to use that to try to wrest control of the process from the government.

Britain’s next Brexit flashpoint: What happens in parliament on Feb. 26-27?

Prime Minister Theresa May faces another trial by parliament this week when she must tell lawmakers what progress she has made in talks with the European Union, as patience in her party wears thin and the risk of a disorderly Brexit rises.

May wants to negotiate changes to the exit deal she agreed with the EU last year and bring it back for approval in parliament as soon as possible.

If May cannot bring a deal back this week, she has promised to make a statement to parliament on her progress on Feb. 26, and then to allow lawmakers to debate the issue on Feb. 27.

This will not involve a vote on whether to approve or reject a Brexit deal. But it will allow lawmakers to put forward alternative courses of action and test support for them with a series of votes. There is expected to be an attempt to shift control of the talks out of May’s hands.

Lawmakers will debate a government statement. It is not yet known what this motion will say.

Yes. They are known as amendments and, if approved by a vote, could change the course of Britain’s exit from the EU. The details of amendments have not been published, but some lawmakers have signalled their intentions.

WHAT CAN WE EXPECT?

The likely focus of the Feb. 27 debate will be whether parliament should take control of the exit process from the government, a radical plan rejected in a slightly different form on Jan. 29.

But, with the clock ticking down towards the March 29 exit date, a growing number of lawmakers in May’s Conservative Party are worried about the prospect of leaving the EU without a deal and are considering whether to support the latest version of the plan.

HOW CAN PARLIAMENT TAKE CONTROL?

There are several stages to the plan, which has been put forward by Yvette Cooper, a lawmaker from the opposition Labour Party, with the backing of members from different parties.

The first step would be to use an amendment to force the government to allow time in parliament to discuss a piece of legislation known as a bill.

This bill, if approved by parliament, would create a law designed to add safeguards to prevent Britain from leaving the EU without a deal. It would not automatically stop or delay Brexit, but could force the government’s next steps.

Business minister Greg Clark, work and pensions minister Amber Rudd, and justice minister David Gauke signalled in a Daily Mail column that they will side with rebels and opposition parties to stop Britain leaving without a divorce deal.

According to Cooper’s office, the bill will propose:

– If a deal has not been agreed by mid-March, May has to bring a motion to parliament on either:

ii) a plan to extend the negotiations and for how long.

– Parliament should be able to debate and vote on her plan on the same day.

– If May wants to go ahead with no deal rather than extend Article 50, she needs a majority in parliament.

– If lawmakers reject no deal, then May has to come forward the next day with a proposal to extend the negotiating period.

– If parliament agrees to May seeking an extension, she has to negotiate that extension with the EU.

The first stage is winning a vote in parliament on Feb. 27.

The plan is likely to be endorsed by the Labour Party, other small parties in parliament and pro-EU members of May’s party. Several government ministers have indicated they will consider supporting the plan even if it means they have to resign or be sacked.

May does not have an outright majority in parliament and is vulnerable to defeat if only a handful of her own party rebel. However, some in the Labour Party would probably vote against the plan, increasing the size of the rebellion needed.

Beyond that, there are several more hurdles to clear before it becomes law, including passing contentious legislation that would usually take months in a very short space of time – possibly just a single day.

But, if this succeeds, it will create a significant barrier to May proceeding with a no-deal exit without lawmakers’ consent. Parliament has on previous occasions voted symbolically to say it does not want to leave without a deal.

WHAT DO OPPONENTS SAY?

Pro-Brexit lawmakers, mostly from May’s Conservative Party, argue that the possibility of leaving without a deal would be damaging for the EU and is therefore an important bargaining chip for Britain. They would likely oppose anything which could remove that option from negotiations.

Some argue leaving the bloc without a deal is preferable to leaving with a deal that would keep Britain in a close relationship with the EU, and that any short term economic disruption would be outweighed by long term benefits.