A journey to death in a container: What we know so far about Chinese victims 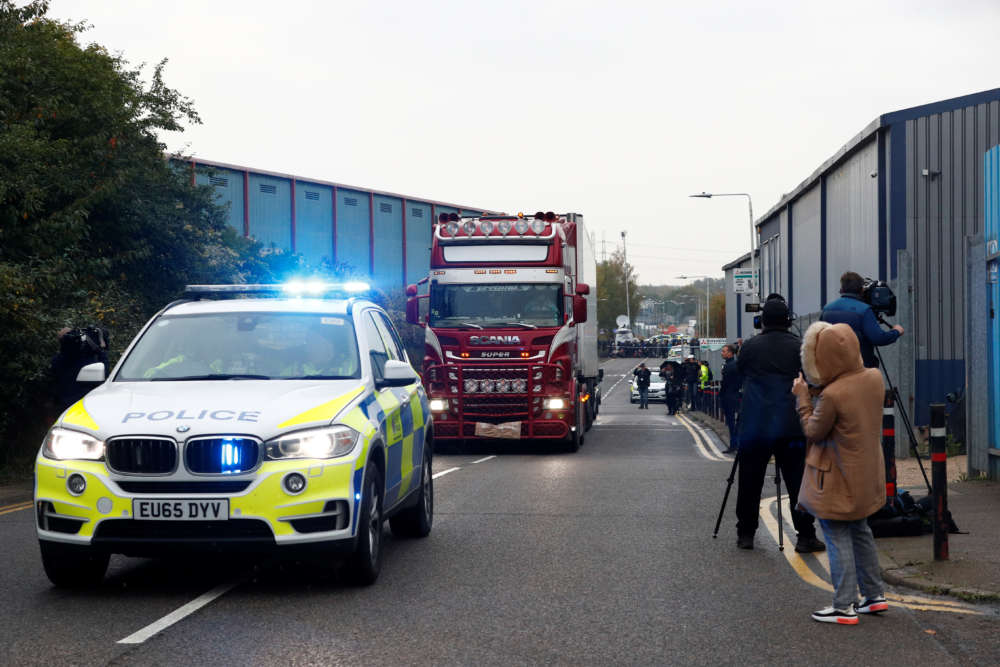 The 39 people found dead in the back of a refrigerated truck near London are believed to be Chinese nationals, British police said on Thursday.

Following are the facts so far:

Police were called by the ambulance service at 1.40 a.m. (0040 GMT) on Wednesday to the Waterglade Industrial Park on Eastern Avenue in Grays, in the southern English county of Essex. They found 39 bodies in the refrigerated container of a truck.

The truck has since been taken from the industrial park to a secure site to allow police to remove the bodies.

WHO ARE THE DECEASED?

Police said all were Chinese: 31 are men and eight are women, one of them a young adult.

“Each of the 39 people must undergo a full coroner’s process to establish a cause of death before we move on to attempting to identify each individual within the trailer,” British police said in a statement, adding it would be a substantial operation.

WHERE DID THE CONTAINER COME FROM?

The container trailer travelled from the Belgian port of Zeebrugge and arrived in the English port of Purfleet at around 00.30 a.m. on Oct. 23.

The cab unit, which had “Ireland” emblazoned on the windscreen along with the message “The Ultimate Dream”, entered Britain via Holyhead in north Wales on Oct. 20 from Dublin. The truck was registered in Bulgaria in 2017.

The cab with the trailer left Purfleet shortly after 1.05 a.m. Police were called 35 minutes later.

It is not yet clear where the container came from before it entered the port of Zeebrugge or when the people inside died.

WHO HAS BEEN ARRESTED?

A 25-year-old lorry driver from Northern Ireland was arrested on suspicion of murder and remains in custody.

A source familiar with the investigation said he was Mo Robinson from the Portadown area in the British province of Northern Ireland.