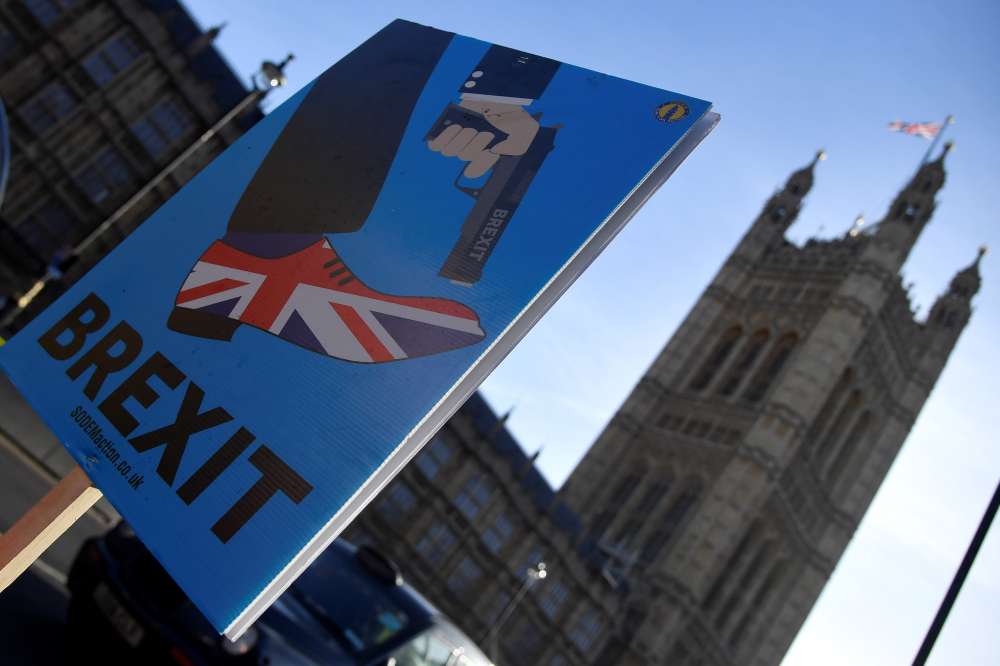 With just 100 days until Brexit, the United Kingdom is on the brink of leaving the European Union without a divorce deal, the nightmare scenario for many businesses which are now planning for an economic shock.

No deal means there would be no transition so the exit, set in law as 2300 GMT on March 29, would be abrupt. Bank of England Governor Mark Carney said leaving the EU with no transition could be akin to the 1970s oil shock.

May is yet to win the support of a deeply divided parliament for the deal she struck last month with EU leaders to maintain close ties with the bloc.

But British politicians have been unable to agree any alternative Brexit course, deepening concerns that the United Kingdom will, as May has warned, drop out of the world’s biggest trading bloc without a deal.

“Businesses have been watching in horror as politicians have focused on factional disputes rather than practical steps that business needs to move forward,” the heads of Britain’s five biggest business lobby groups said.

“The lack of progress in Westminster means that the risk of a ‘no-deal’ Brexit is rising,” said the bosses of the British Chambers of Commerce, the Confederation of British Industry, the Federation of Small Businesses, the Institute of Directors and the main manufacturers’ organisation EEF.

The lobby groups said businesses were now triggering contingency plans to deal with the expected chaos, though hundreds of thousands had yet to start planning.

Pro-Europeans fear Britain’s exit will weaken the West as it grapples with Donald Trump’s unpredictable U.S. presidency and growing assertiveness from Russia and China. It weakens Europe’s economy and removes one of its only two nuclear powers.

NO DEAL FOR REAL?

Brexit supporters say while there may be some short-term disruption, in the long-term the UK will thrive outside what they cast as a doomed experiment in German-dominated unity and excessive debt-funded welfare spending.

May will on Wednesday urge the leaders of Scotland, Wales and Northern Ireland to “listen to business” and back her deal.

Business leaders fear additional checks on the post-Brexit UK-EU border will clog ports, silt up the arteries of trade and dislocate supply chains across Europe and beyond.

“Firms are pausing or diverting investment that should be boosting productivity, innovation, jobs and pay, into stockpiling goods or materials, diverting cross border trade and moving offices, factories and therefore jobs and tax revenues out of the UK,” the business groups said.

The British government said on Tuesday it would implement plans for a no-deal Brexit in full and begin telling businesses and citizens to prepare.

The plans include setting aside space on ferries to ensure a flow of medical supplies and keeping 3,500 armed forces personnel ready to support the government.

May has delayed a vote on her deal until mid-January, prompting some lawmakers to accuse her of trying to force parliament into backing her by running down the clock as the March 29 exit day approaches.

Without a deal, the United Kingdom would trade with the European Union under World Trade Organisation terms.

As the United Kingdom prepares to leave the EU, France and India are due to overtake its economy next year, pushing India into fifth place, France into sixth and the UK into seventh place, accountancy firm PwC said.

Ivan Rogers, former UK envoy to the EU, warned the risk of a no deal Brexit had been underestimated.

“That risk has therefore been seriously underpriced for a year or more, because we are dealing with a political generation which has no serious experience of bad times and is frankly cavalier about precipitating events they could not then control, but feel they might exploit,” Rogers said.

By In Cyprus
Previous articleHellenic Bank profits jump to €295.9 million because of co-op
Next articleMan seriously injured after motorcycle crash