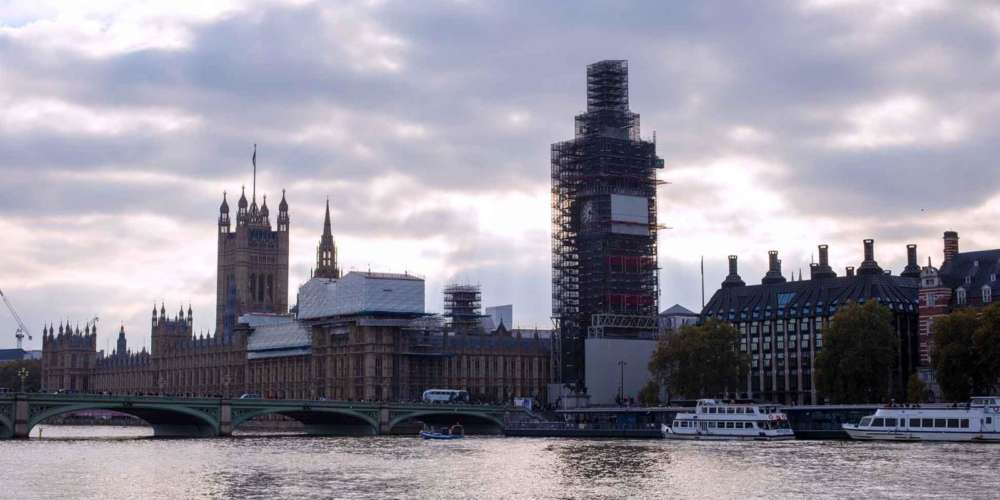 Britain’s Big Ben bell in parliament’s landmark clock tower will ring at midnight on New Year’s Eve, marking the start of a year for the first time since its new face was revealed from under scaffolding halfway through restoration work.

The work has seen the 96-metre-tall Elizabeth Tower, one of the most photographed buildings in Britain, enveloped in scaffolding for the last two years as the four clock dials are reglazed, ironwork repainted and intricately carved stonework cleaned and repaired.

In March, part of the scaffolding was removed, showing that the clock’s once black numerals and hands have been repainted blue, in line with what scientists say was its original colour.

Since restoration work began in 2017, Big Ben has been largely silenced, sounding only for important events. It last tolled on Remembrance Day on Nov. 11.

The bell will be tested several times in the run-up to New Year’s Eve, parliament said in a statement.

By Annie Charalambous
Previous articlePartly cloudy weather all over Cyprus, with rain and snow
Next articleSixteen flights cancelled at Lisbon Airport due to three-day strike