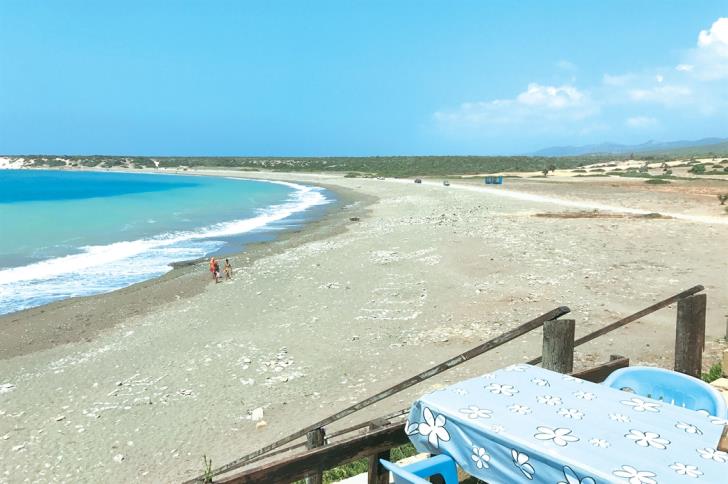 Turtles born in Lara beach often lose their sense of direction at night and head to the lights at the south side of the beach where an illegal restaurant has been operating for years, Phileleftheros reported on Wednesday.

The restaurant was built within the Marine Protected zone of Lara – Toxeftra, which includes the beaches where two protected turtle species (caretta caretta and chelonia mydas) lay their eggs.

The restaurant is also within the Natural Protection land zone which belongs in the ‘Natura 2000’ network. Lara-Toxeftra was declared a protected area by the Council of Ministers in 1989. The regulations were subsequently ratified by the House of Representatives on the basis of article 6 of the Fisheries Law. The two sea turtle species are protected by the ch. 135 of Fisheries Law since 1970 and their nests are under the protection of the Department of Fisheries and Marine Research.

Any temporary or permanent construction is forbidden in the areas of Innia, Kato Arodes and the municipality of Peyia which fall within or adjoin the Lara – Toxeftra Marine Protected Area. The Marine Protected Area of Lara – Toxeftra is also a Biogenetic Reserve, according to the Bern Convention for the Conservation of European Wildlife and Natural Habitats of the Council of Europe.

The demolition of illegal constructions and the rehabilitation of the natural environment are included in the Recommendations for the Conservation of Sea Turtle Layouts at the Akamas Peninsula and Chrysochous Bay (Nos. 63/1997 and 191/2016) and the On-Site Evaluation Reports (1997, 2002 and 2016) of the Standing Committee of the Bern Convention for the Conservation of European Wildlife and Natural Habitats of the Council of Europe.

Nevertheless, the competent authorities have not yet taken the necessary steps to remove arbitrary interventions, demolish illegal constructions, close down illegal roads and repair environmental damage within and near the Lara – Toxeftra Marine Protected Area.

He also noted that “a demolition order was issued in the past but it was suspended”.

By In Cyprus
Previous articleAyia Napa mayor in urgent appeal over noise pollution
Next articleTrump, without evidence, blames China for hacking Clinton emails