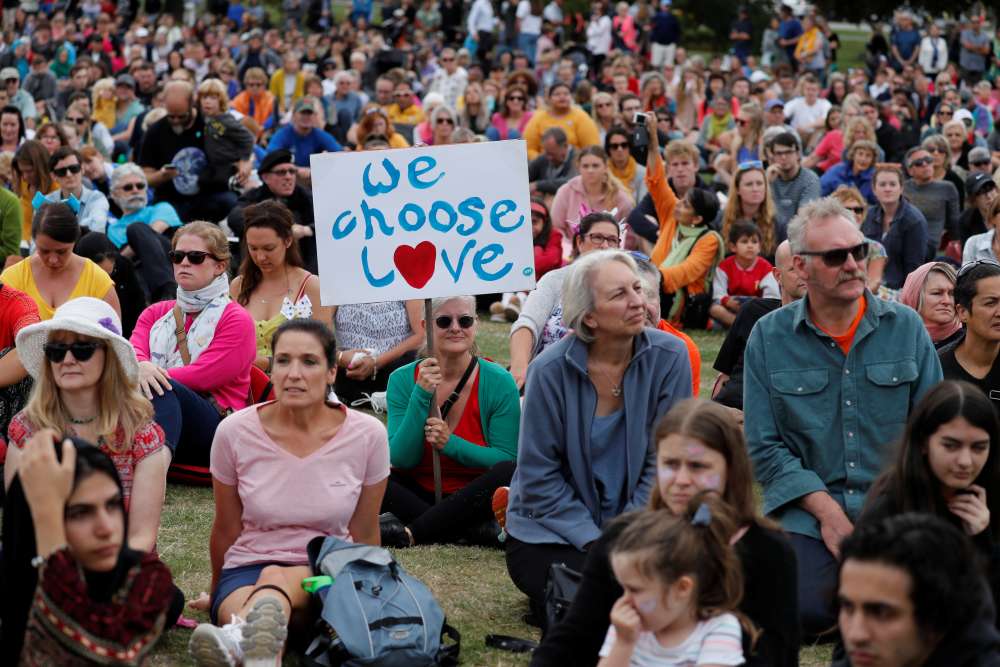 Smelling of fresh paint, the two mosques in the New Zealand city of Christchurch where a gunman killed 50 worshippers last week reopened their doors on Saturday, with many survivors among the first to walk in and pray for those who died.

At the Al Noor mosque, where more than 40 of the victims were killed by a suspected white supremacist, prayers resumed with armed police on site, but no graphic reminders of the mass shooting, New Zealand’s worst.

Aden Diriye, who lost his 3-year-old son, Mucad Ibrahim, in the attack, came back to the mosque with his friends.

“I am very happy,” he said after praying. “Allah is great to us. I was back as soon as we rebuilt, to pray.”

Most victims of the shooting, which New Zealand Prime Minister Jacinda Ardern quickly denounced as a terrorist attack, were migrants or refugees and their deaths reverberated around the Islamic world.

“This is a moment of deep anguish for all of us, all of humanity,” he said. 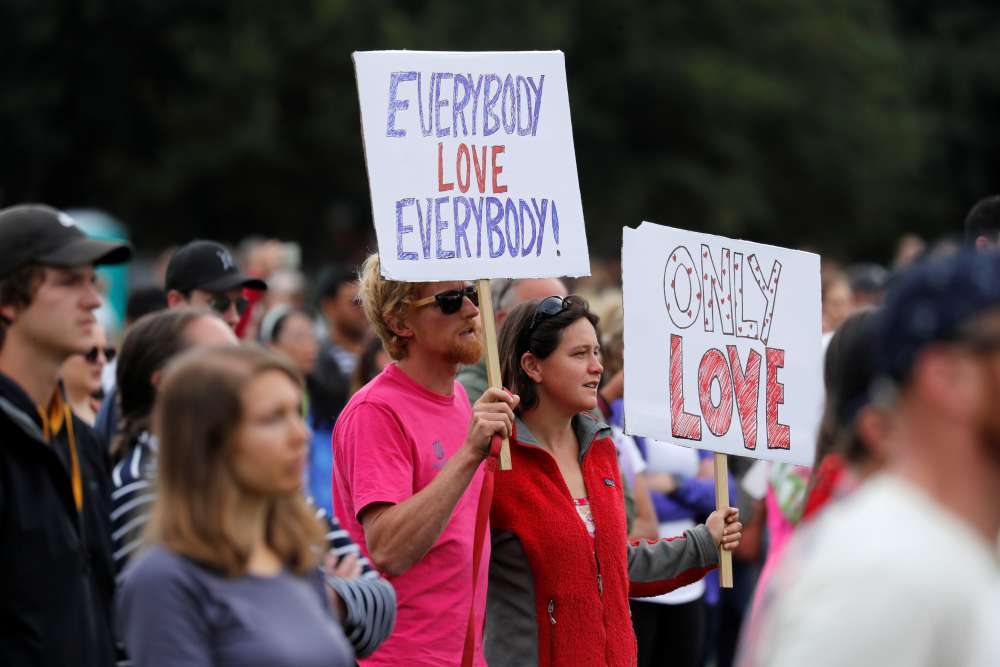 Police said they were reopening the nearby Linwood mosque, the second to be attacked during Friday prayers last week, as well.

New Zealand has been under heightened security alert since the attack with Ardern moving quickly with a new tough law banning some of the guns used in the March 15 shooting. [

Ashif Shaikh, who was in the Al Noor mosque on the day of the massacre in which two of his housemates were killed and who came back on Saturday, said he would not be deterred.

“It is the place where we pray, where we meet, we’ll be back, yeah,” he said.

Earlier on Saturday, about 3,000 people walked through Christchurch in a “march for love” as the city seeks to heal from its tragedy.

Carrying placards with signs such as “He wanted to divide us, he only made us stronger”, “Muslims welcome, racists not”, and “Kia Kaha” – Maori for ‘stay strong’, people walked mostly in silence or softly sang a Maori hymn of peace. 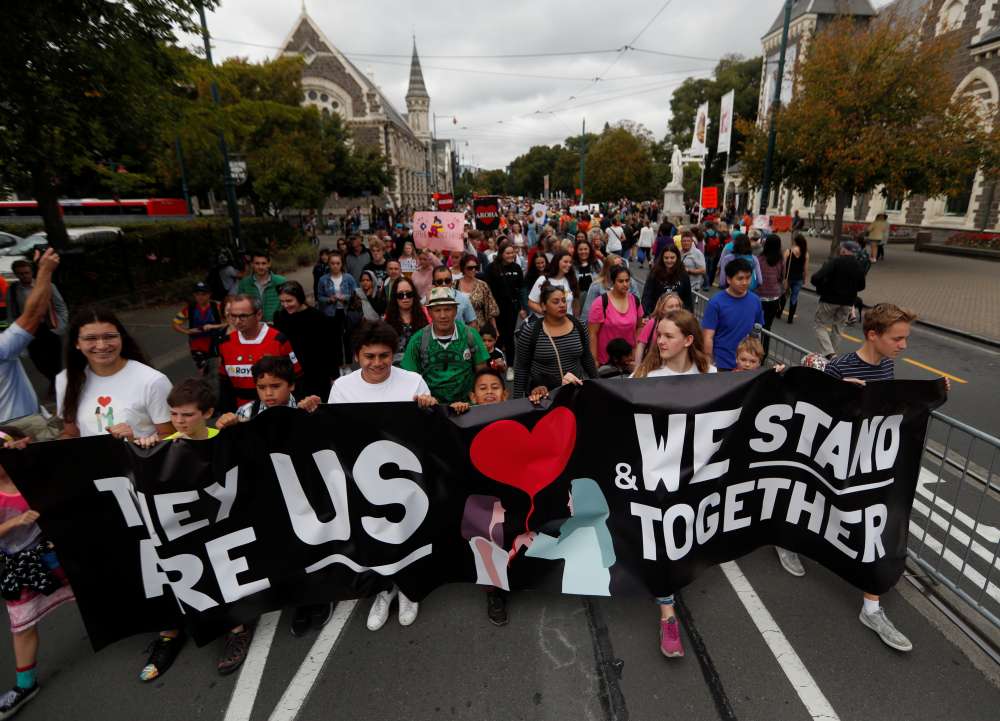 “We feel like hate has brought a lot of darkness at times like this and love is the strongest cure to light the city out of that darkness,” said Manaia Butler, 16, one of the student organisers of the march.

New Zealand and Ardern have been widely praised for the outpouring of empathy and unity in response to the attacks. Dubai’s ruler, Sheikh Mohammed bin Rashid Al Maktoum, thanked Ardern on Twitter late on Friday.

He posted a photo of Dubai’s Burj Khalifaworld, the world’s tallest building, lit up with an enlarged image of Ardern embracing a woman and the Arabic word “salam” and the English translation “peace” above them.

“Thank you @jacindaardern and New Zealand for your sincere empathy and support that has won the respect of 1.5 billion Muslims after the terrorist attack that shook the Muslim community around the world,” he said on Twitter.

Muslims account for just over 1 percent of New Zealand’s 4.8-million population, a 2013 census showed, most of whom were born overseas. 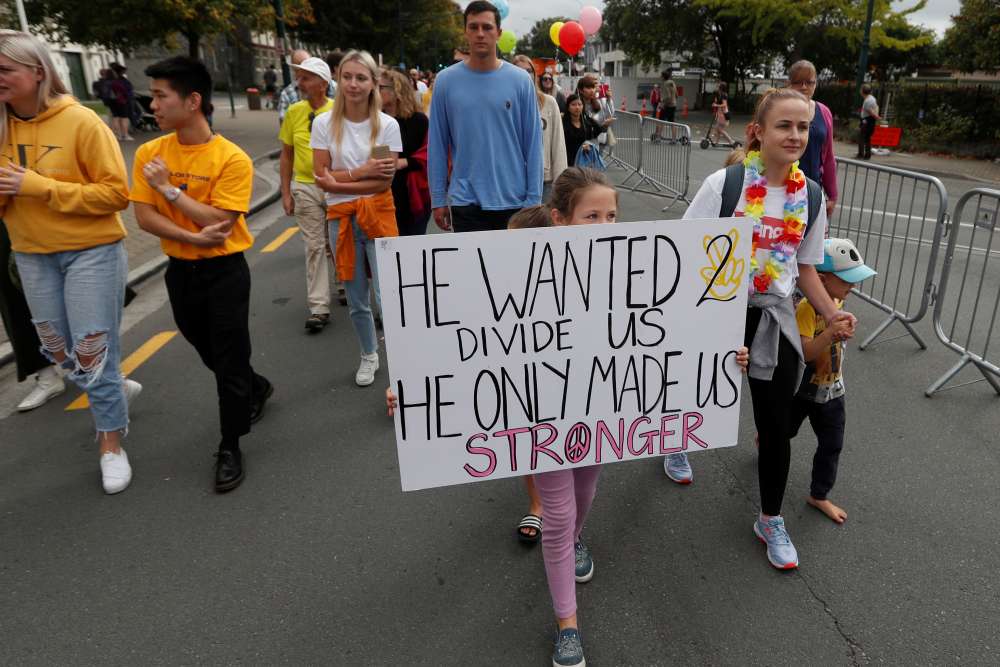 On Friday, the Muslim call to prayer was broadcast nationwide on television and radio and about 20,000 people attended a prayer service in the park opposite Al Noor mosque in a show of solidarity.

Many women have also donned headscarves to show their support.

In Mecca, Islam’s holiest site, a special prayer was held after the Friday sermon for the victims of the attack, according to the Saudi news website Sabq.

Most of the dead were laid to rest at a mass burial in Christchurch on Friday, when 26 victims were interred. Others have been buried at private ceremonies, or repatriated to their home countries for funerals. 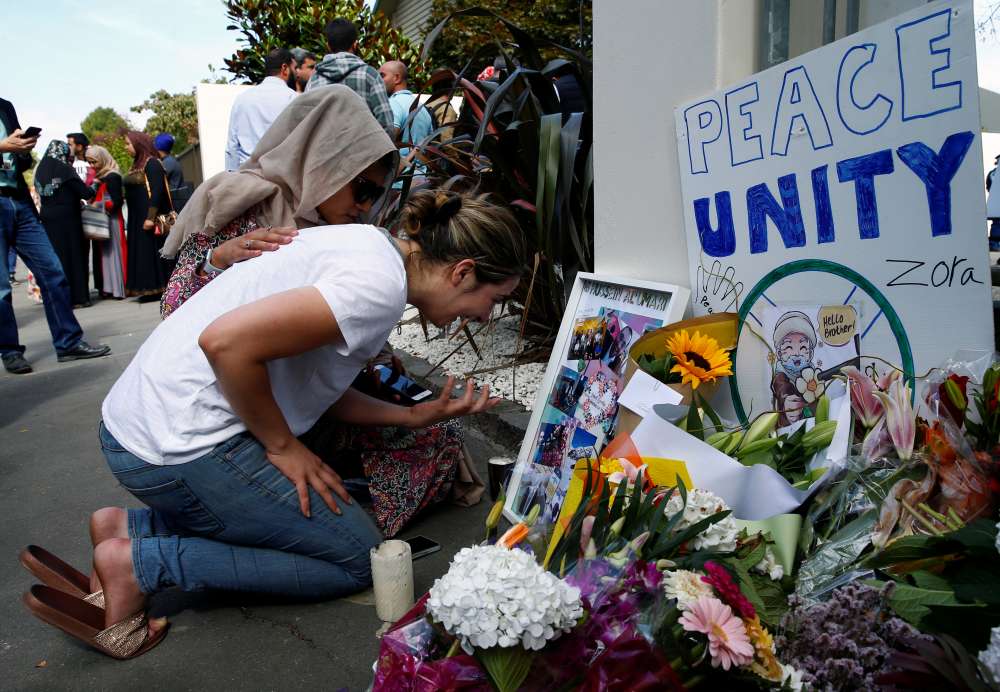 Shahadat Hossain, whose brother Mojammel Haque was killed in the attack, told Reuters he would bring his body back to Bangladesh.

“I don’t know when our family will be able to come out of this grief,” he said.