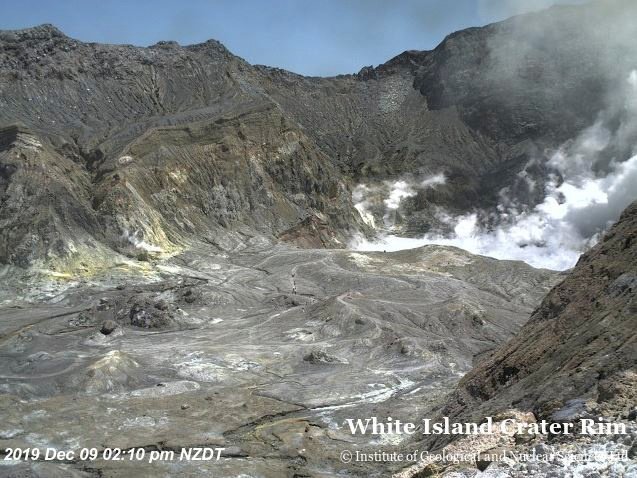 At least five people have now been confirmed to have died after a volcano erupted off the east coast of New Zealand’s North Island, police confirmed on Monday.

Twenty-three people, some of them believed to be tourists from the Ovation of the Seas cruise ship, were rescued from White Island, where the volcano erupted at about 2:11 p.m. (0111 GMT), police said.

My god, White Island volcano in New Zealand erupted today for first time since 2001. My family and I had gotten off it 20 minutes before, were waiting at our boat about to leave when we saw it. Boat ride home tending to people our boat rescued was indescribable. #whiteisland pic.twitter.com/QJwWi12Tvt

Earlier, about 100 people were feared to have been nearby. 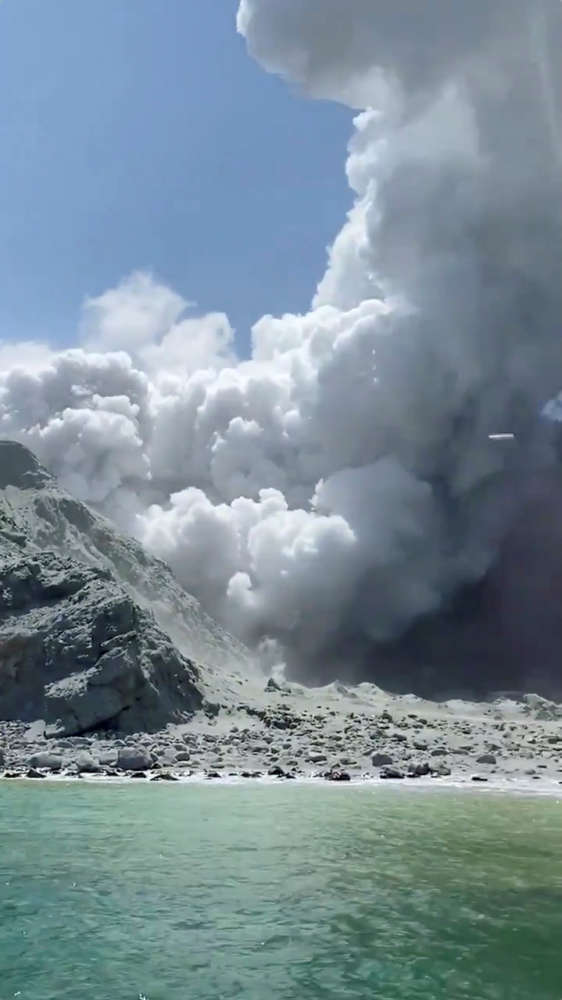 Michael Schade, an engineering manager from San Francisco, was one of the tourists who made it off the island minutes before the eruption.

He posted dramatic footage of the eruption from the boat he was on, with smoke first engulfing the top of the crater and then the entire island.

“This is so hard to believe,” Schade said. “Our whole tour group were literally standing at the edge of the main crater not 30 minutes before.”

The White Island is about 50 km from the east coast of North Island and huge plumes were visible from the mainland. Vulcanologists said the ash plume shot 12,000 feet into the air.

“We know that there were a number of tourists on or around the island at the time, both New Zealanders and visitors from overseas,” Prime Minister Jacinda Ardern told a news conference.

“I know there will be a huge amount of concern and anxiety for those who had loved ones on or around the island at the time. I can assure them that police are doing everything they can.”

Kevin O’Sullivan, chief executive of the New Zealand Cruise Association, said, “We believe there is a tour party from Ovation of the Seas involved in the White Island eruption. We have no further details at the moment.”

Ovation of the Seas is a 16-deck cruise ship owned by Royal Caribbean Cruises. It can take nearly 5,000 passengers and has a crew of about 1,500. It is docked at Tauranga, on the North Island, on a cruise that began in Sydney on Dec 3.

“We can confirm that a number of our guests were touring the island today,” a company representative said in an emailed statement. “We do not have any additional details to share at this time.”

At least one of those taken to shore was critically injured, police said, adding in a statement that a no-fly zone had been set up.

“I’m not sure if these people were on the island or near it, but there was definitely one group out there and they definitely needed medical care,” said Judy Turner, the mayor of the nearby coastal town of Whakatāne.

“There were some injuries and the focus is on getting these injured people back safely and to get them to a hospital.”

There seemed to be no danger for people in coastal areas farther away, she added. 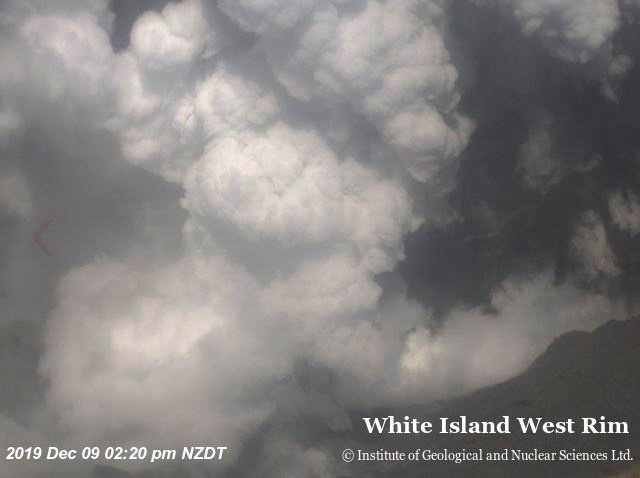 The island’s immediate surroundings were hazardous because of the eruption, the National Emergency Management Agency said in an statement, adding that falling ash might affect some areas.

The “short-lived eruption” threw an ash plume about 12,000 ft (3,658 m) high, New Zealand’s geoscience agency GNS Science said in a statement, but added there were no current signs of an escalation.

The White Island volcano is one of New Zealand’s most active.