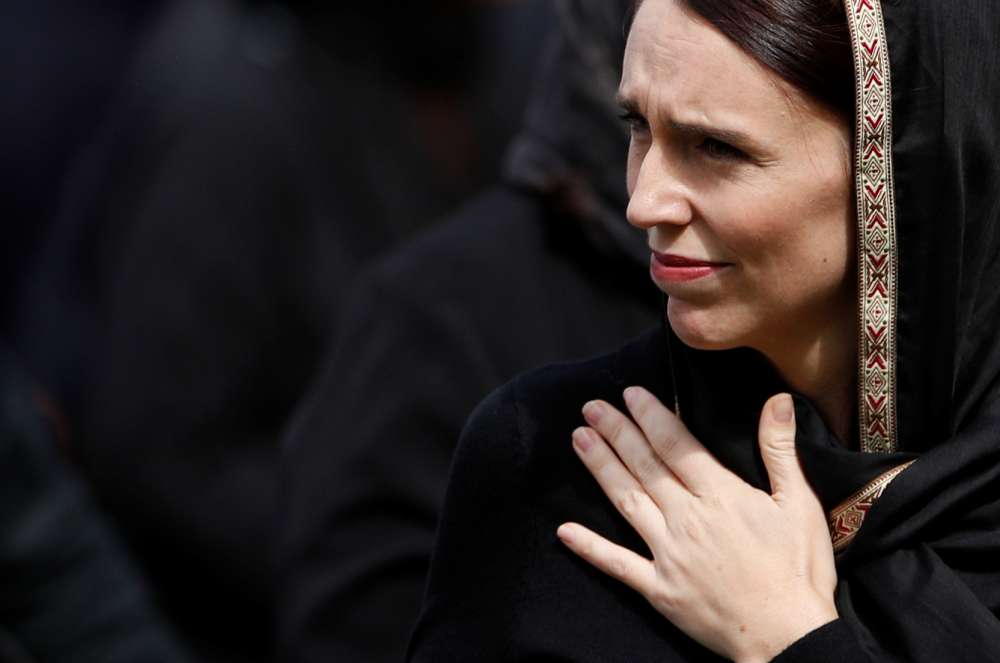 New Zealand Prime Minister Jacinda Ardern, who was praised at home and abroad for her handling of the Christchurch mosques shooting last month, received her highest approval rating since taking office in a widely watched poll on Monday.

Its the first political survey since a lone gunman killed 50 Muslim worshippers at two mosques in Christchurch on March 15.

“All I know is that I’m doing my job to the best of my ability,” Ardern told 1News when asked about the poll result.

Since coming to power in 2017, Ardern’s coalition government has faced several challenges including weak business confidence, emboldened unions and a slowing economy. Her youth and global celebrity has also given critics doubt.

But the 38-year-old leader struck all the right notes in the hours after the Christchurch attack.

Ardern promptly labelled the mass killing as terrorism, and set about reassuring a nation that has been largely unscathed by the violence and fears that have afflicted other countries in the past two decades.

Picture of Ardern’s wearing a head scarf and comforting families affected by the massacre went viral on the social media, and garnered praises from Muslims around the world, as well as leaders of other nations.

She also successfully passed a contentious gun law within a month of the shooting, which banned semi-autmatic weapons.

She rocketed to global celebrity as an inspiration for women after the unexpected election win, and she became only the second leader to give birth while in office since Pakistan’s Benazir Bhutto.

The poll was taken from April 6 to April 10, and has a margin of error of 3.1 percent, the polling agency said.