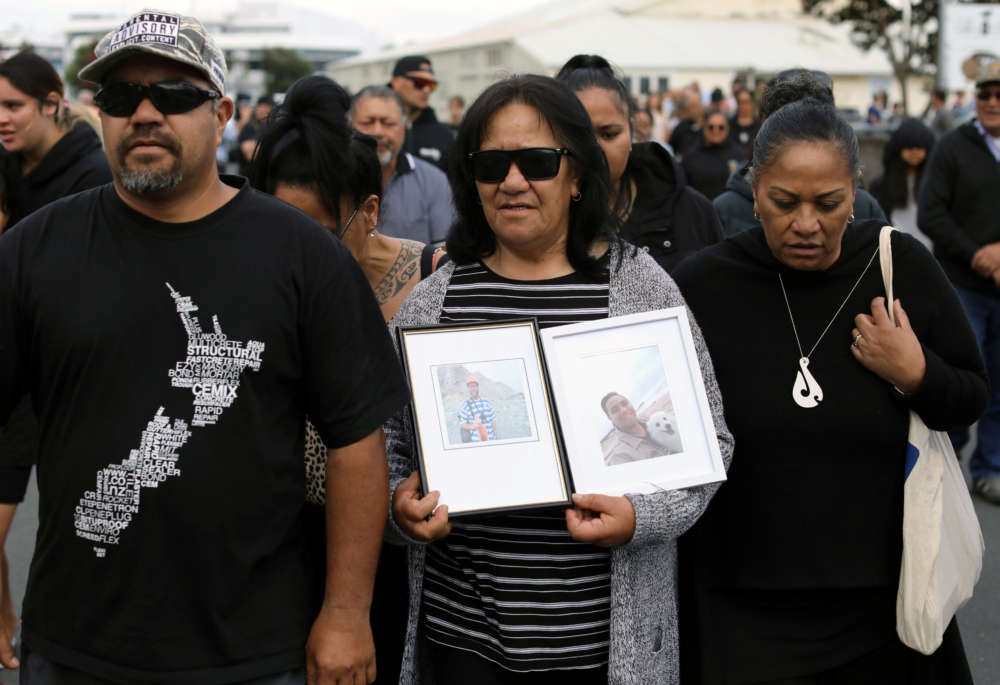 Waters around the island were contaminated by the massive eruption of rocks, lava and chemicals on Monday, reducing visibility. The death toll from the eruption stands at 14, but may rise with many victims in intensive care with severe burns.

“Divers have reported seeing a number of dead fish and eels washed ashore and floating in the water,” police said in a statement. “Each time they surface, the divers are decontaminated using fresh water.”

The remains of six people were successfully recovered on Friday after a military team in gas masks and hazmat suits landed on the uninhabited island and removed the bodies in a high-risk operation.

Police said they could not retrieve the remains of two more people, but spotted at least one body in the waters not too far from the island shoreline.

Nine police dive squad members resumed their search at 7.00 a.m. local time (1800 GMT Friday) and the operation would be boosted by a navy dive team later in the day.

The police said in an earlier statement they will not return to the island for a land-based search on Saturday, but will return in the future.

In a statement released on Saturday, geological agency GeoNet said there was a 35% to 50% risk of an eruption that would impact beyond the volcano’s vent area in the next 24 hours. A decrease from the 50% and 60% risk announced on Friday.

The volcano, a popular tourist destination for day-trippers, erupted on Monday, spewing ash, steam and gases over the island. Among the 47 people on the island at the time were Australian, U.S., German, Chinese, British and Malaysian tourists.

The death toll from the eruption is now at 14.

More than two dozen people are in hospitals across New Zealand and Australia, most with severe burn injuries.

There has been criticism that tourists were allowed on the island at all, given signs of increasing tremor activity in the days before the eruption.

New Zealand Prime Minister Jacinda Ardern announced on Saturday that a minute’s silence will be observed at 2.11 p.m. local time (0111GMT) on December 16, exactly one week from when the fatal eruption occurred.

“Wherever you are in New Zealand, or around the world, this is a moment we can stand alongside those who have lost loved ones in this extraordinary tragedy,” Ardern said in the statement.

By In Cyprus
Previous articleWeather forecast: More rain and thunderstorms, possible snow on Saturday
Next articlePolice Mudslides because of rain on several mountain roads