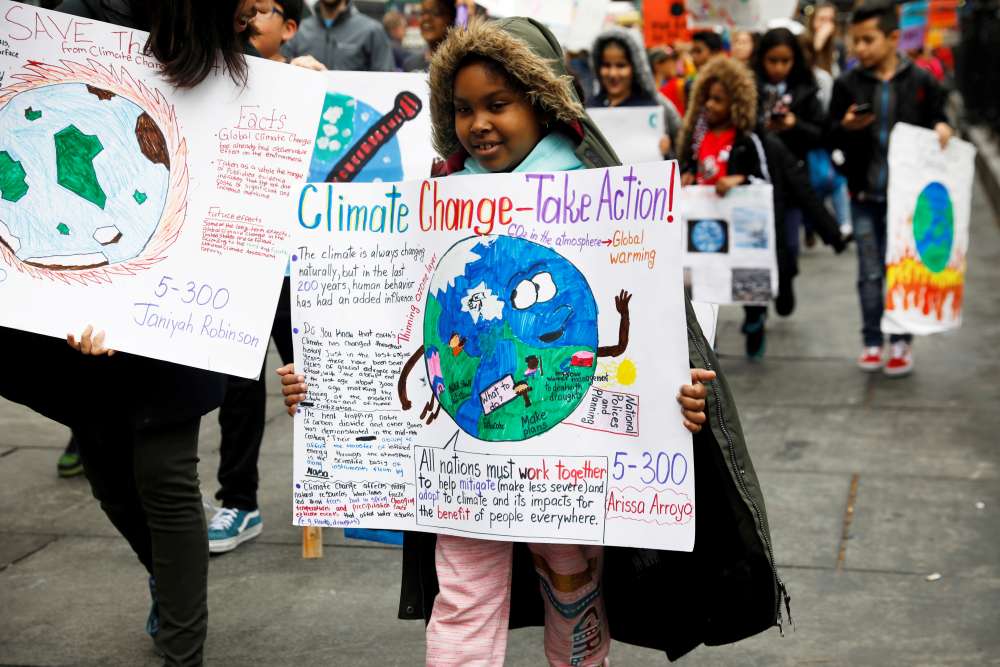 New York state lawmakers passed early Thursday one of the nation’s most ambitious plans to slow climate change by reducing greenhouse gas emissions to zero by 2050.

If signed into law, it would make New York the second U.S. state to aim for a carbon-neutral economy, following an executive order signed by then California Governor Jerry Brown last year to make that state carbon neutral by 2045.

The marathon session stretched past 2 a.m. Thursday before the votes were tallied with 104 in favor to 35 against.

Assembly member Thomas Abinanti said, before voting yes, that the bill represents hope for the future.

“There’s an old adage, that we don’t inherit the Earth from our ancestors, but borrow it from our grandchildren,” he said.

Assembly member Steve Englebright, a sponsor of the bill, said that the problems posed by climate change stretch beyond the borders of New York, but the state can “inspire others to act.”

“This means that despite the mood of anti-science in our nation, the disbelief in Washington to climate change, that states can lead the way,” he said.

The New York Assembly’s vote in the state capital Albany followed a Senate vote that passed the measure on Tuesday.

It mandates reducing emissions by 85% from 1990 levels by 2050, and offsetting the remaining 15%, making the state carbon neutral.

“I want New York to have the most aggressive climate change program in the United States of America,” New York Governor Andrew Cuomo told public radio WCNY in Syracuse after he reached an agreement with legislators on the bill’s language. “Climate change is the issue of our lifetime.”

Cuomo is expected to sign the measure into law.

Democratic-led U.S. states and cities have been developing environmental policies that advance action on climate change after President Donald Trump vowed to pull the United States out of a 2015 global accord to fight climate change and has backed continuing planet-warming extraction and use of fossil fuels.

But in another challenge to Trump, Oregon’s lawmakers in the House voted to cap climate emissions earlier this week, but the measure must still pass the state Senate.

The Oregon “cap-and-trade” system would reward those who slash their planet-warming emissions with credits they can sell to others who produce higher emissions and exceed government-mandated limits.

New York’s “Climate and Community Protection Act” calls for reducing emissions by 40% by 2030 and using only carbon-free sources such as solar and wind to generate electricity by 2040.

Achieving the ambitious goal could require New York state to take drastic steps including eliminating gasoline-powered automobiles and oil-burning furnaces, as well as restoring wetlands or planting trees to remove carbon dioxide from the atmosphere.

Business advocates denounced the plan as a job killer that would force industries to move toward using wind, solar, hydropower and other alternative energy sources and would ultimately fail.

“A zero emissions mandate is unrealistic,” The Business Council of New York State said in a statement.

A study published in March by the New York-based think tank Demos said that the act would create and sustain about 150,000 jobs, a little over half of which would be held by people without a college degree.

“New York is mostly purchasing fossil fuel products out of state,” she said. “So when we transition to a renewable economy we will be spending New York dollars in New York, creating good local jobs that pay well and are meant to be accessible to women, communities of color, low-income communities.”

While California has long held the lead in aggressive policies to fight climate change, backers of the New York measure note that it would be the most ambitious if signed into law.

By In Cyprus
Previous articleEU leaders gather in Brussels to agree on nominations, EU’s strategic agenda
Next articleFour jailed for life over death of 71 in Austria migrant truck