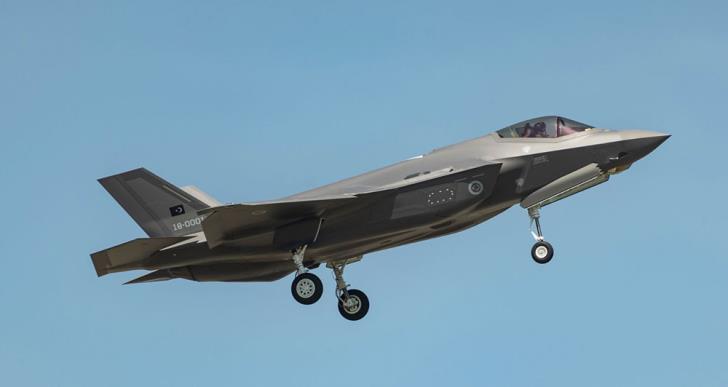 Amid an escalating crisis between Washington and Ankara, the U S Senate has upped the pressure with approval of the defence appropriations act which introduces new restrictions in the transfer of F35 fighters to Turkey.

The move was welcomed by the Hellenic American Leadership Council which said it made clear that Turkey was an ally of the US in name only.

“The Hellenic American Leadership Council welcomes the US Senate’s passage of the Fiscal Year 2019 Defence Appropriations Act, which includes language expressly prohibiting the use of funds to transfer or facilitate the transfer of F-35 Joint Strike Fighters to Turkey unless the Secretary of State certifies that Turkey will not buy or accept deliveries of the Russian S-400 missile defense system,” it said in a written statement.

HALC thanks Senator Chris Van Hollen (D-MD) for his leadership on this issue and for his co-sponsorship of the amendment which led to the inclusion of this critical provision in the final act. Importantly, the provision not only precludes the use of 2019 funds for the transfer of F-35s to Turkey, but also prevents any funds from previous years from being used for that purpose.

“With this legislation, the Senate makes it clear that the problems the US has with Turkey are not limited to Pastor Brunson. Erdogan’s acquisition of Russian missile defence systems is just the latest piece of evidence that Turkey is an ally in name only,” said HALC Executive Director Endy Zemenides.

“The entire US government — the Administration and the Congress — have abandoned the failed approach of quiet diplomacy and kid glove treatment with Ankara. Turkey will now have to prove that is a ‘committed ally’ with actions, and not merely with declarations in American newspapers.”