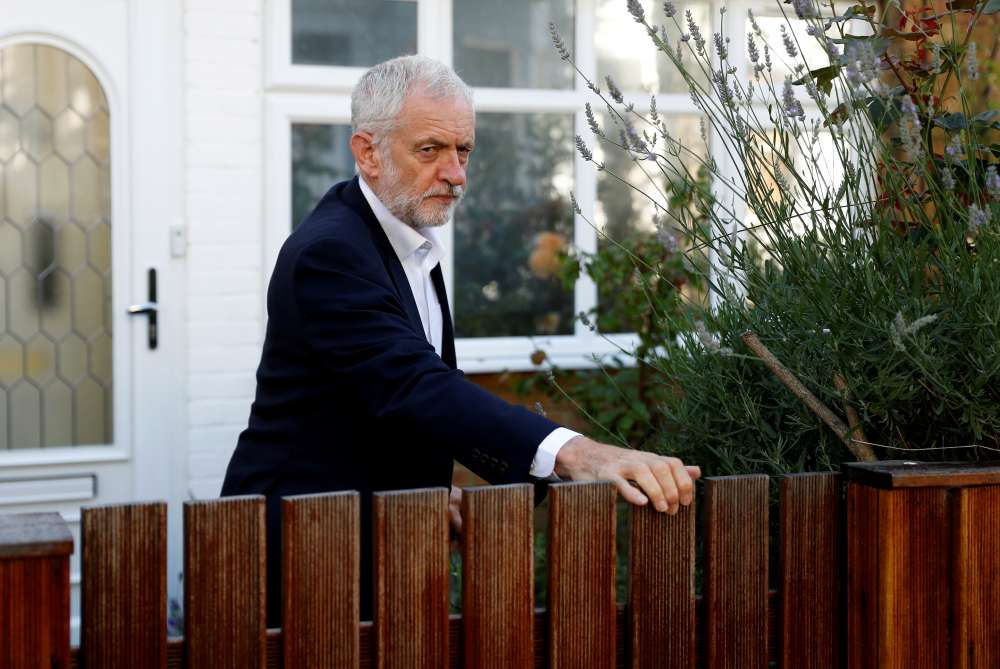 Opposition Labour Party leader Jeremy Corbyn on Tuesday said Britain’s next prime minister must put their Brexit plan to a second referendum on European Union membership, saying his party would campaign to remain.

In an email to members, Corbyn said Labour would campaign to stay in the EU to stop a new Conservative Party leader, who will be chosen later this month, taking Britain out of the bloc without a divorce deal or to stop what he called a “damaging” Brexit.

The move by Corbyn inches the opposition party closer to heeding demands from many Labour members and some lawmakers to unequivocally embrace a second referendum to break the impasse in parliament over how to leave the EU.

But it might not be enough to satisfy all in his party, falling short of campaigning for a second referendum in any circumstance – a position some wanted to adopt to counter a challenge from the pro-EU, smaller Liberal Democrats.

Brexit has brought down Prime Minister Theresa May, who failed three times to get the divorce deal she agreed with the EU ratified by parliament.

Former foreign minister and London mayor Boris Johnson is battling current foreign minister Jeremy Hunt to replace her as party leader and prime minister. Johnson, who says he will take Britain out of the EU with or without a deal, is favourite.

“Whoever becomes the new prime minister should have the confidence to put their deal, or no deal, back to the people in a public vote,” Corbyn said.

“In those circumstances, I want to make it clear that Labour would campaign for Remain against either no deal or a Tory (Conservative) deal that does not protect the economy and jobs.”

What he did not say in his mail was what his party would campaign for in a parliamentary election – something the veteran socialist renewed his call for by saying: “We need a Labour government to end austerity and rebuild our country for the many not the few”.

More than three years since voting 52% to 48% to leave the EU, Britain’s two main parties, its parliament and cities and towns across the country are still deeply divided over Brexit, opening the way for smaller parties to grab some share of the vote.

With Labour struggling in some opinion polls, some in the party want it to adopt a clearer message to tackle the twin challenges from the pro-EU Liberal Democrats and the Brexit Party, led by veteran eurosceptic Nigel Farage.

Corbyn, an instinctive critic of the EU, has so far resisted calls to make his party a wholesale supporter of a second referendum, keen to keep on board Labour Brexit supporters.

Chuka Umunna, a former Labour lawmaker who has joined the Liberal Democrats, said on Twitter: “Yet another fudge, where the Labour leadership keep open the door to standing on a pro-Brexit platform in a general election or supporting it in government.”

By In Cyprus
Previous articleΕCOFIN adopts 5 recommendations for Cyprus within European semester pack
Next articleOpening of beach only to Turkish and “TRNC” citizens is racism, say G/C and T/C organisations