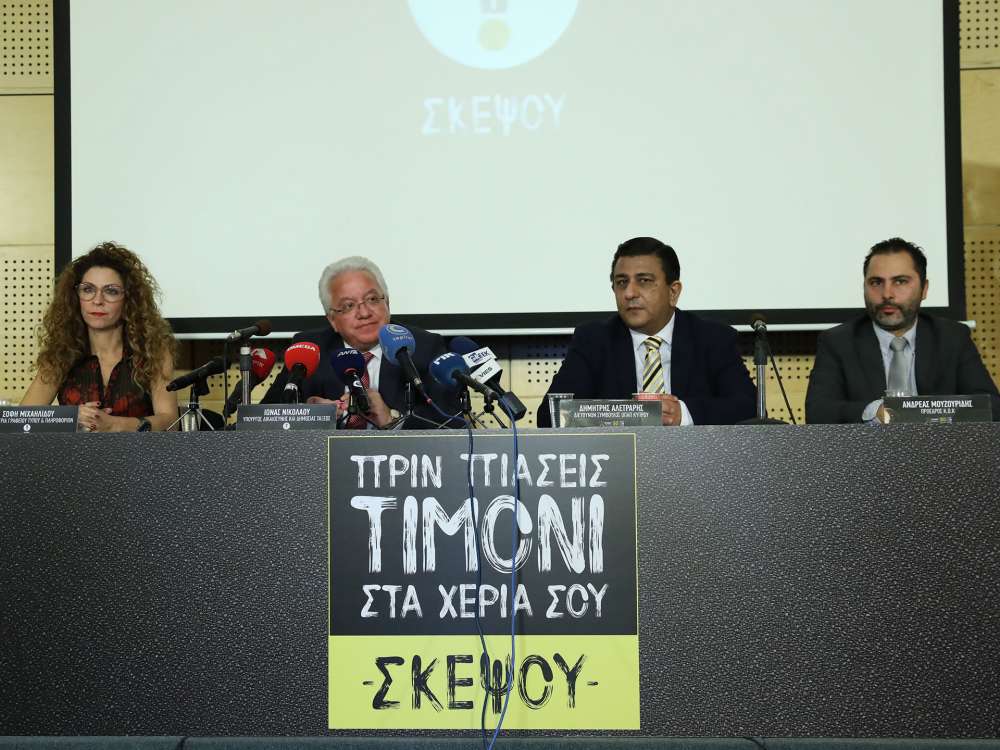 Forty eight people have died on the island’s roads so far this year, four of them in the past week, Justice Minister Ionas Nicolaou said on Monday as he unveiled a new road safety communication strategy designed to change driving habits, particularly among the young.

Studies have shown that Cypriot drivers are hasty, impatient, careless, irresponsible and rude on the road, he told a press conference.

Nicoalou spoke of the need for a comprehensive communication strategy to raise awareness and improve road behaviour.

“Our primary aim with this new, targeted communication strategy is to satisfy the needs of modern society, focusing our action on young drivers,” Nicolaou said.

The central message of the new campaign is ‘Think’ which will serve as the umbrella for the various actions.

But he noted that the government was taking other initiatives beyond the communication strategy, including road safety classes at high school, a training school for drivers and more stringent requirements to acquire a driving licence.

It was also cooperating with NGOs such as the Youth Board to cultivate a ‘good driving culture’ and was also working on new preventive programmes modelled on those in other countries which will unveiled in 2019.

Parallel to this, there is increased policing while tougher penalties are to be introduced designed to bring reckless drivers to their senses.

“Let’s all think then that the dreams of a life may be dashed on the roads in a moment of inattention, carelessness or neglect. It is time to change mentality,” he said.