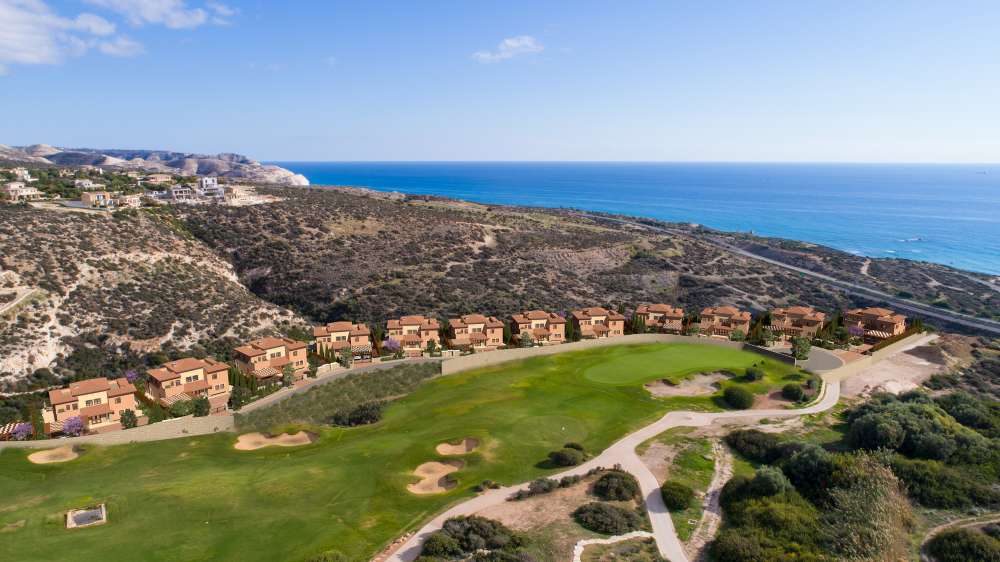 It consists of seven independent two-storey four-bedroom villas and 8 semi-detached 2-bedroom 2-storey villas that are already under construction.

Hermes Sea View Villas, consisting of 14 independent houses – 9 two-storeyed and 5 ground floor – will be developed at a second phase as part of the same development.

The project’s owners believe that investing in the villas under construction is a good opportunity for Cypriot and foreign investors, since they are combined with the comforts of the well-known resort, which was named best European Golf Resort in 2018.

At the same time, Aphrodite Hills Holiday Residences offers services in the case any of the investments get to be rented out, while Aphrodite Hills Property Management undertakes maintenance, care and housing management.

The new project is built with attention to detail and with all units overlooking the sea. Some of their features include modern appliances, central air conditioning, underfloor heating system, private pool, and wooden and marble floors. Dwelling unit prices range from 920 thousand euros to 1.9 million euros.

As recently announced by the Commission for the Protection of Competition, Invel investment company intends to take over the entire share capital of Aphrodite Hills Resort Limited and Aphrodite Springs Public Limited.

Invel, who has been a key shareholder in the well-known tourist resort for several years now, appears ready to buy the shares owned by York Capital Fund and Lanitis Group (17%).

The company’s mid-term plans include the extension of the hotel unit through the construction of a new single 53-bed capacity building with a ground floor and five floors, the height of which will approximately be 22.25 metres.

The plot of land at which the proposed project will be erected is currently being used as a parking space for the service of the existing hotel unit of Aphrodite Hills Resort Ltd.

By Annie Charalambous
Previous articleLarge quantity of cannabis seized in Limassol, four arrests
Next articleMainly fine over next few days