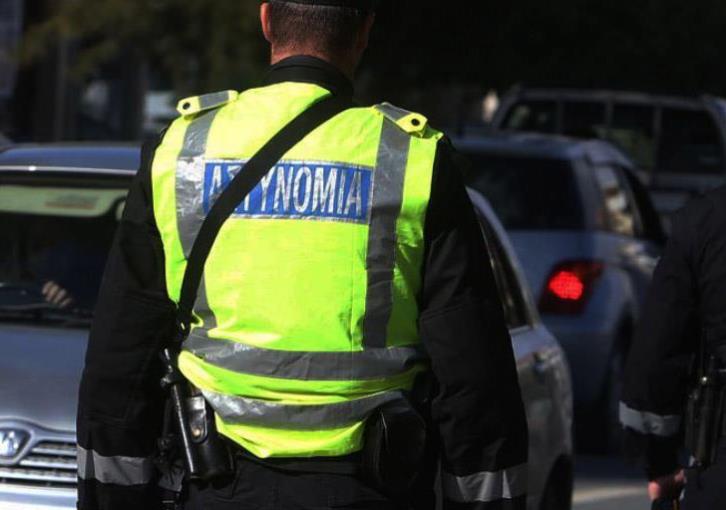 New research conducted for the Police by the University of Nicosia shows that the public believes the police is doing a poor job, as reported by Vasos Vasiliou for Phileleftheros.

The survey was conducted in October and November and used a sample of 1,000 people living in the Republic of Cyprus. In addition to the police the respondents were also called to rate four public sectors that have experienced major turbulence in recent months; the courts (judges accused of nepotism and cronyism), health services (hospitals and Gesy problems), education (teachers and student protests, reshuffling of Minister) and social services (handling of murdered women’s disappearance, 15 year-old student’s suicide).

The data shows that people want stronger police presence as only 3% of respondents believe that there is policing to a great extent, 24% believe there is enough policing, 43% say not enough and a 30% say none at all. 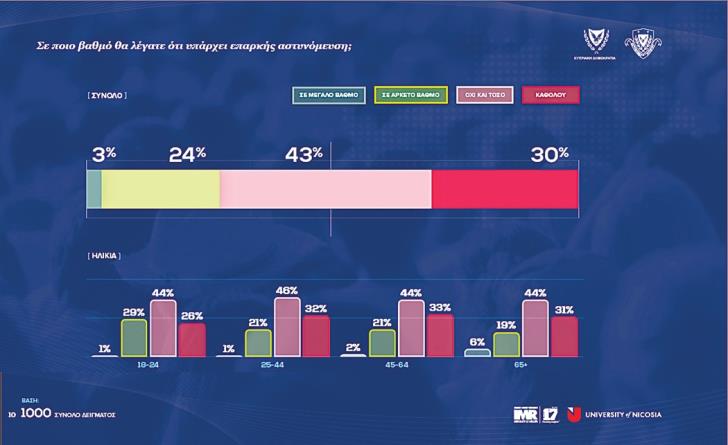 37% of participants believe that police priority should be drug-related crime, 36% said crime against people, 30% property-related crime, a 26% prioritised road safety, 18% the protection of citizens and a 9% said narcotest and alcotest checks.

Asked if they have been in contact with the police in the last 12 months, a whopping 76% responded affirmatively. Half of those did so to file a complaint.

On how safe they feel in their neighbourhood, a 28% said they do not experience any problems, 24% mentioned problems with break-ins and burglaries, 23% say they have noise pollution, 15% reckless driving, 11% cite issues with immigrants / illegal immigration, 6% drug-related problems, 5% with robberies, 4% dangerous road network, 4% say vandalisms, 3% anti-social behaviour and youth crime, 1% lack of policing, 1% murder, 1% prostitution and 1% arson.