New protest from Youth for Climate Cyprus on Friday 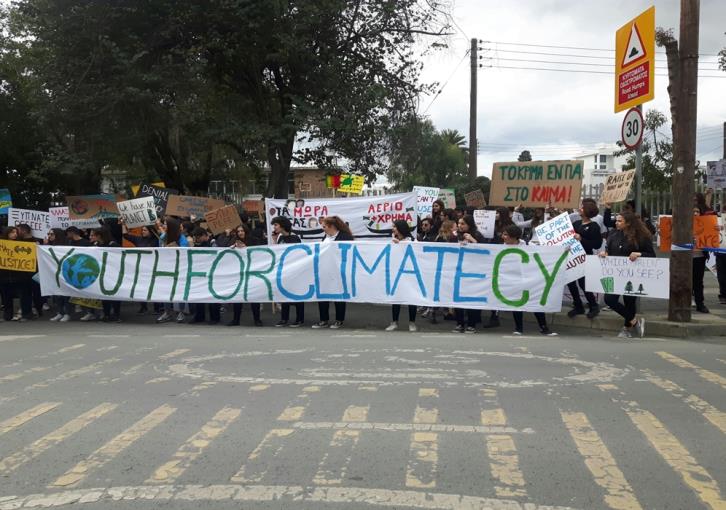 Youth for Climate Cyprus will demonstrate outside the Presidential Palace on Friday afternoon — their seventh demonstration so far — to press home the point that money is not more important than public health and nature itself.

“The inspiration for this upcoming climate march was given by an official from the Energy Service, when he responded to Youth for Climate Cyprus with the following comment, “We worry about the future, we are parents too. We could avoid the extraction the gas and the potential pollution of  the atmosphere. But you have to understand that fossil fuel extraction will bring tremendous profit to our economy,” the NGO said in an announcement.

“Thus it is apparent that even for government officials, profit is the priority, not the well-being of the people. This mentality is not only promoted through gas extraction, but is also observed in a variety of ways on a daily basis. From the fires of Akamas to the homeless in Limassol, the asphalt plant in Stavrovouni, the factories in Dali and Kofinou, the use of toxic cyanide for gold mining and the list does not end there unfortunately,” it added.

The song may say “money makes the world go around”, but let’s not forget that nature is what makes the world possible in the first place, Youth for Climate Cyprus concluded and addressed participants to wear ties and anything else that symbolises money.