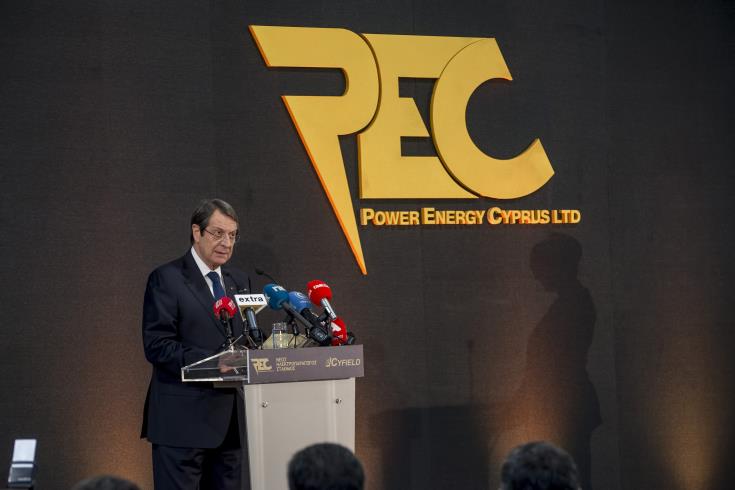 President Nicos Anastasiades, who together with Archbishop of Cyprus Chrysostomos laid on Friday the foundation stone for a new power plant in Vassiliko, Limassol District, has said  that the plant will signal a new era for energy in the country which will have many positive aspects for the economy.

In his address, President Anastasiades said that the “Power Energy Cyprus” plant which is expected to be operational in 2021, is a project of strategic importance for Cyprus since it will be contribute in changing the electricity map of the country and in the significant reduction of electricity prices.

The project which will cost €200 million will use conventional fuel and its funding has been achieved “thanks to the country’s economic and banking sector recovery, a fact which in this specific case proves how useful the existence of healthy banking institutions is.”

The project will radically change and affect positively electricity production and consumption in our country, offering Cypriot consumers not just cheaper electricity but also the possibility of choice between different services on offer, he noted.

President Anastasiades further said that the government’s approach on energy is holistic since “it is going ahead, in parallel, with the necessary processes for the construction of necessary infrastructure in order to import natural gas and use it in electricity production.”

The cost of these investments is particularly high and “this is why I believe that the fact that we have managed to get EU funding of €101 million is a significant success for our country.”

He also pointed out that only through a properly functioning competitive market will consumer rights be guaranteed on electricity services and products through the implementation of the European acquis.