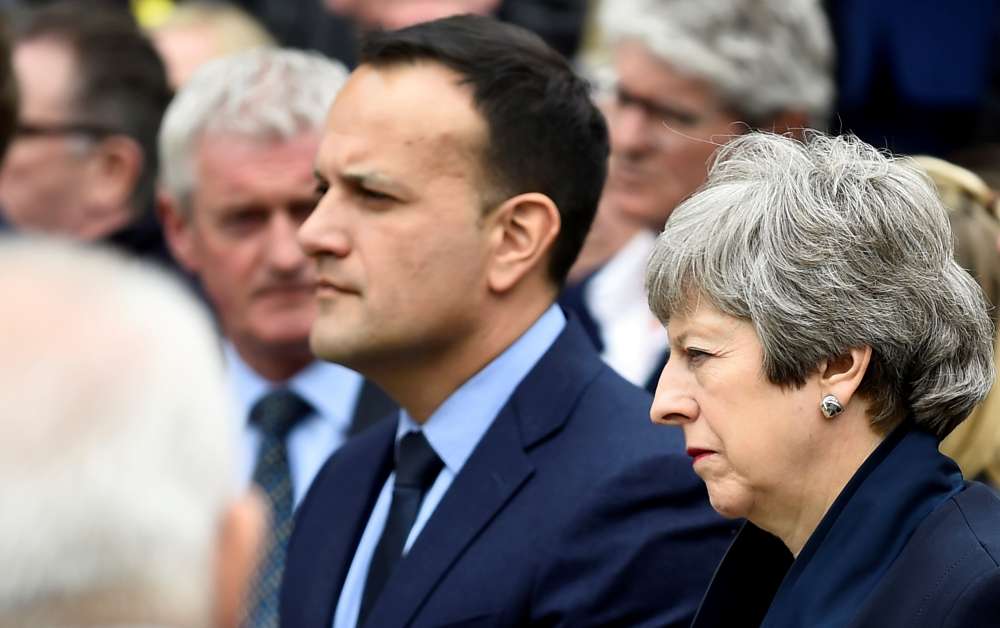 The British and Irish governments announced on Friday a resumption of talks to restore Northern Ireland‘s devolved government, spurred into ending a hiatus in dialogue of more than a year by the killing of a journalist last week.

The British-run province has been without a devolved executive for over two years since Irish nationalists Sinn Fein withdrew from the compulsory power-sharing government with the pro-British Democratic Unionist Party (DUP).

But the shooting dead last week of 29-year-old reporter Lyra McKee during rioting by militant Irish nationalists has raised pressure on the parties from voters and the two governments to re-establish the regional government that is central to Northern Ireland‘s 1998 peace agreement.

“We are leaving far too much wide open space for other kinds of voices that don’t believe in democracy, that peddle hate and fear,” Irish Foreign Minister Simon Coveney told a joint news conference with his co-broker of the talks, Britain’s Northern Ireland minister Karen Bradley.

“People have no patience for another show of a process or talks that go on and on and on, and then in the end go nowhere. We’ve had enough of that. It needs to be different this time.”

The talks will begin on May 7 after local elections in the province with the aim of concluding well in advance of mid-July, when annual parades often raise tensions between pro-British Protestants and Irish nationalist Catholics, Coveney said.

At McKee’s funeral on Wednesday, Roman Catholic priest Father Martin Magill received a spontaneous standing ovation when he made a direct appeal to the politicians in the church to use McKee’s death as a catalyst to start talking again.

“There are moments in politics when things change. I think the emotion of the last week has given a spark to the process,” Coveney said. “We’d be very foolish if we allowed that time to pass.”

Attempts to find a compromise have been complicated by poor relations between Sinn Fein and the DUP, the DUP’s role in propping up May’s minority government in London, and the impact on the region of Britain’s planned exit from the European Union.

The talks most recently collapsed in February last year when Sinn Fein said that they had reached an accommodation with the leadership of the DUP that put an agreement within reach but that the DUP failed to close the deal and collapsed the talks.

While both sides welcomed the talks, neither have shown much willingness to budge in recent days, despite the pressure.

“Anyone who thinks agreement can be reached through a one-sided wish-list being implemented is not routed in reality,” DUP leader Arlene Foster, who cited Sinn Fein’s call for additional rights for Irish-language speakers as the main reason for the impasse last time, said in a statement.

Sinn Fein’s leader in Northern Ireland, Michelle O’Neill, said the talks had to deliver on rights-based issues so that all people in the province are “treated equally.”

“Nothing’s changed in terms of what we need to deliver on. We can’t acquiesce in the denial of rights,” she told reporters.

By In Cyprus
Previous articleSilent vigil outside Presidential Palace for murder victims (photos)
Next articleRelations between Cyprus and Russia developing positively, says Putin