New Minister of Energy and Deputy Minister for Shipping sworn in 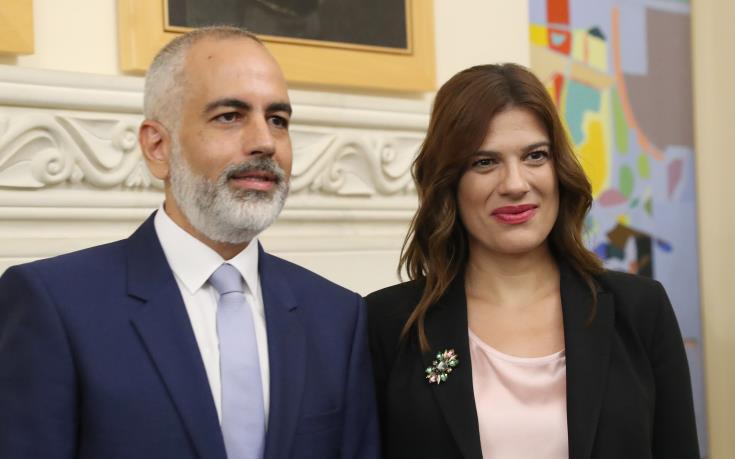 The new Minister of Energy, Commerce and Industry Natasa Pilides and Deputy Minister to the President for Shipping Vassilis Demtriades were sworn in on Tuesday.

Pilides succeeds Giorgios Lakkotrypis who stepped down after seven years in the Ministry and Demetriades takes Pilides’ place at the Deputy Ministry. They assume their duties on Friday.

Addressing the two new Ministers, President Nicos Anastasiades called on both to work hard and consistently, to exhibit tolerance to criticism and seek consensus with all stakeholders and political parties.

Referring to Pilides, Anastasiades praised her work at the Deputy Ministry, noting that he is certain that she will follow Lakkotrypis’ legacy who headed the Ministry of Energy for seven years.

Turning to Demetriades, the President said his career in significant posts both in Cyprus and abroad, his knowledge of shipping issues will further contribute to the Deputy Ministry’s positive work in these first two years of operation.

The President also expressed certainty that both Pilides and Demetriades would meet the high expectations of the President himself and the citizens.

Speaking on behalf of Demetriades and herself, Pilides assured that with hard work, commitment to carry out their duties they will continue to implement the work both of the Energy Ministry and the Deputy Ministry for Shipping.

By In Cyprus
Previous articleWHO to travellers: keep an eye on “anywhere and everywhere” COVID-19
Next articleMoL extends application deadline for special schemes