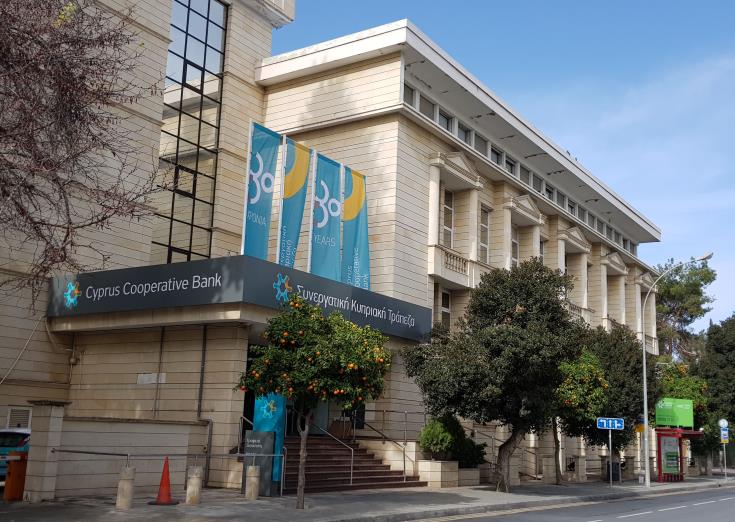 The leadership of the Co-operative Bank of Cyprus and representatives of trade unions will meet once again today in an effort to find common ground regarding the voluntary retirement scheme for 900 Co-op employees. The main disagreement between the two sides has to do with the compensation amounts offered: the bank is willing to give €20,000-€170,000, while unions are asking for more.

In previous meetings, unions have put forward their own demands regarding, among others, the number of posts offered to previous Co-op employees, the number of positions available in Altamira and Hellenic Bank, the number of Co-op branches that will remain open, the observance of the bank’s contractual obligations towards personnel to be transferred to Hellenic or laid off, the health care plan for those who choose to leave, as well as the issue of accumulated leave.

‘If our requests in regard to these matters are not met, we cannot accept any proposition’, said the SEK Federation of Private Sector Workers Secretary General Elissaios Michail after the last unsuccessful meeting on Tuesday. During the meeting, the unions had submitted their proposals for a drastic improvement of the Co-op’s plan. The employers expressed their commitment to work towards the realisation of these proposals, according to PASYDY Senior Secretary Andreas Louka. The bank’s plan is to implement the scheme by the end of August so that absorption procedure can officially begin on September 3.

However, the Cyprus Union of Bank Employees (ETYK) believes that the bank’s proposals remain virtually unchanged, and therefore the draft scheme does not the staff’s expectations.