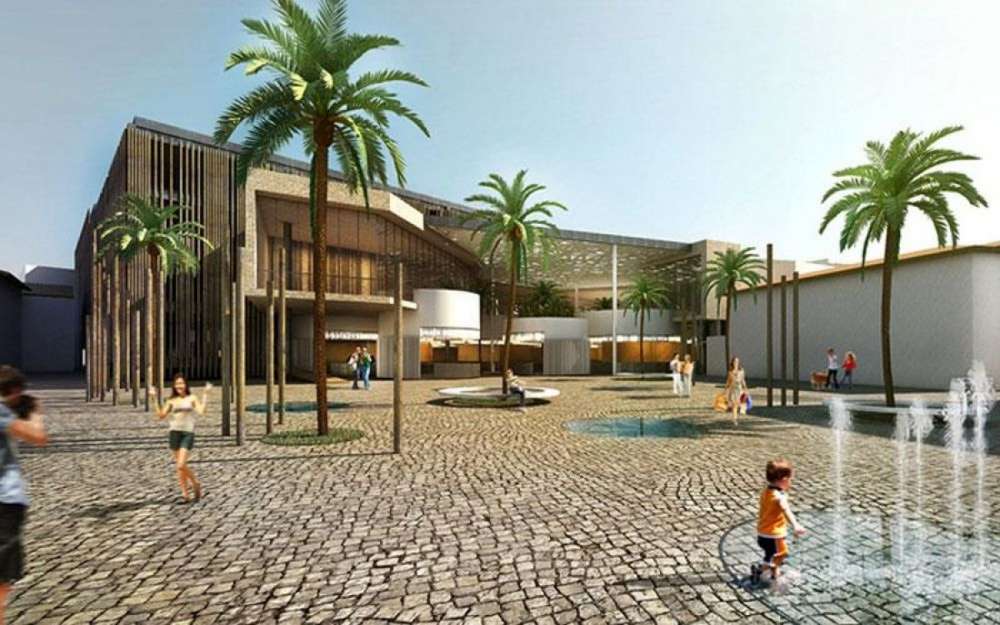 Old photographs show a wonderful, ahead of its time building, full of skylights that made the interior bathe in the light. A circular hall with tall columns housed butchers, fish shops, and stalls with vegetables and all kinds of goods.

Then came ‘progress’, but also the political events that changed the paths of people and also the physiognomy of the city, in parts. And so the municipal market building, built around the 1930s, was left in decay until 1996, when it was demolished.

The aim was then to replace it with a new one and for this purpose an architectural competition took place, where the proposal of the architects Dimitris Konstantinou, Georgios Tsolakis and Petra Tsampikou prevailed.

This would be a modern version of a traditional Mediterranean market, with a portico, interior patio and elaborate roofing. It is said to be consisted of 20 stores, with an outer, open market (square). Furthermore, citizens would be able to enter the market via the square and continue their journey to the city.

In the mezzanine there would be two snack bars and two restaurants, with access to the green roof that would host two other cafeterias (open-air). The central part of the ground floor would extend to the entire height of the building. The first phase of the works also includes a parking space for 72 cars. The project is co-funded by European funds, with a budget of € 5.000.000 + VAT. Bids have already been requested and are estimated to be completed in 18 months.