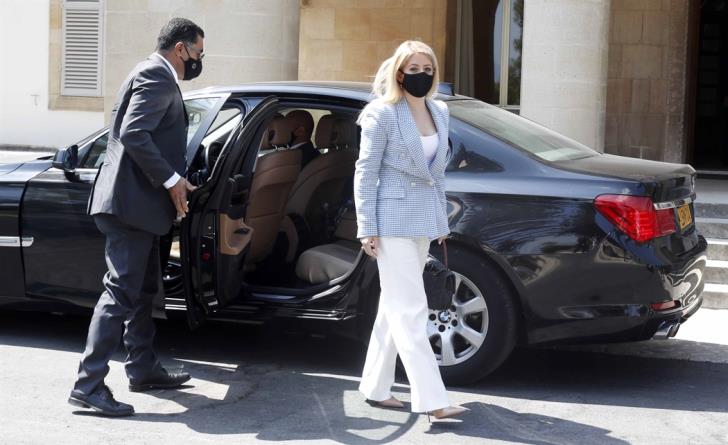 Newly-elected House President Annita Demetriou has decreased the number of her personal guard to five from eight her predecessor Adamos Adamou had.

Adamou took over a year ago after disgraced Demetris Syllouris had to step down following an economic scandal and he, too, decreased the number of guards who were 15 at the time.

Demetriou, the first woman to be elected to the state’s second-ranked position, announced her plan to reduce the number of guards shortly after taking office last Thursday, Philenews reports.

Police had proposed that the car of the high-ranking official should be followed by a second one from the Force, something that she strongly rejected. She also asked for her guard to go unnoticed without red lights on their car’s rooftop.

Insiders also said she has asked her police officers do not escort her at private visits so that they are not inconvenienced.

But  despite the security issues raised , the new House Speaker had a meeting with Chief of Police, Stelios Papatheodorou, who briefed her on the protocol observed during all her movements.