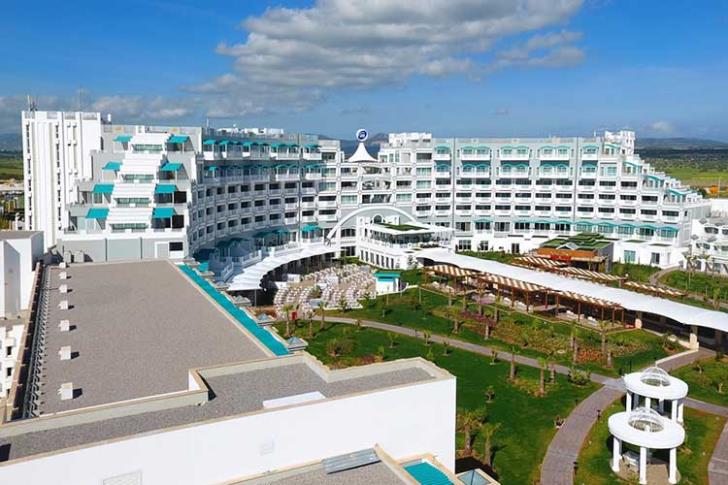 A new luxury hotel representing a $200 m dollar investment and which will host US celebrity Paris Hilton later this month has been inaugurated in the Turkish occupied north, the Turkish Cypriot media has reported.

The Limak Cyprus Deluxe Hotel hotel was built in the area of Vokolida in the Famagusta district  and covers an area of 200,000 square metres.

US celebrity and socialite Paris Hilton, whose great grandfather founded the Hilton hotel chain, is due to attend a promotional event at the 598 room luxury hotel on July 28.

By In Cyprus
Previous articleBenjamin Pavard, and his World Cup highlight, came out of nowher
Next articleConfusion as China ports delay U.S. cargoes, disrupting trade