New framework for research and innovation is a top priority, says Finance Minister 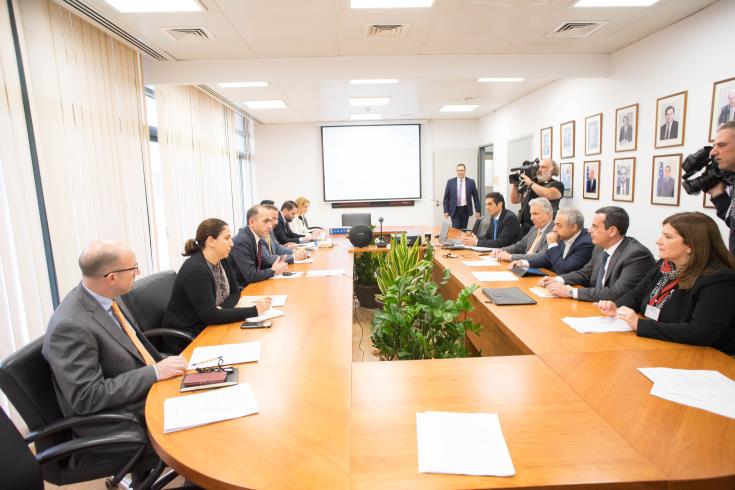 Promoting a new governance framework for research and innovation is among the government’s top priorities, Finance Minister Harris Georgiades has said.

He was speaking on Monday at the Finance Ministry, on the occasion of the first session of the newly established National Council for Research and Innovation. The council is chaired by Philippos Patsalis, Head of the Council.

The Minister referred to the impact of the financial crisis, noting that we need to press forward with reforms, not just in the state but also in the economy, with the aim to extend the production base of the Cypriot economy. This will allow us to achieve the goal of sustainable development he said, noting that this result may well be attained by promoting research and innovative entrepreneurship.

Through the initiatives and suggestions of the National Council for Research and Innovation the government will be able to take significant steps towards this direction, he noted.

Patsalis said from his part that research and innovation are among the most significant factors of a country’s economic development and welfare. “Cyprus may become a competitive and developed country having as its basic pillars the promotion of research and innovation, scientific excellence, technological advancement and entrepreneurship” he added.

According to Patsalis, the Council will develop a new and comprehensive model of governance, by coordinating all productive structures from the public and private sector “on the basis of a well-calculated, long-term strategy.”

He went on to say that the output for Cyprus is much bigger, despite Cyprus’ small investment to research, which is less than the EU average.

Through a strategic plan, concrete policies, good coordination and with more investments “results will be even better” he said, pointing to the examples of countries, such as the USA, UK, Israel and Finland.