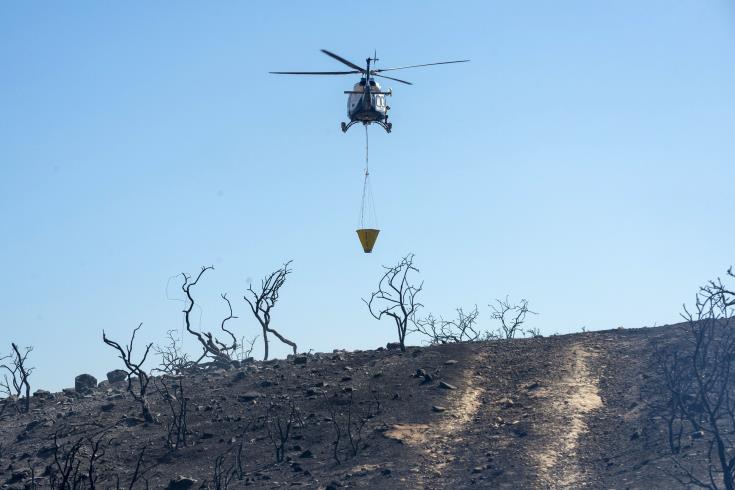 Fire fighters are continuing to do battle with a fire near the village of Apsiou, as four of the eight water dropping aircraft were diverted to the Vikla – Klonari area to  combat a new blaze that broke out there.

The latter was under partial control in little over an hour. Fire department spokesman Andreas Kettis said that the four of the eight aircraft had been called in to battle the Vikla-Klonari fire which broke out around 13.30 and thanks to their quick intervention the fire was under partial control by 14,40. He said it appeared the fire there had started from work being carried out by a district office work team.

The other four aircraft are in the Apsiou area where the fire service has been battling a fire which broke out in difficult terrain around 10 am.

Kettis said that although the situation was Apsiou was manageable, because of the difficult terrain and repeated flares ups, the fire service was still not in a position to announce that is it under control.

By In Cyprus
Previous articleLidl Cyprus to stop sale of single-use plastics by end 2019
Next articleRyanair cabin crew to strike in late July, threaten further action