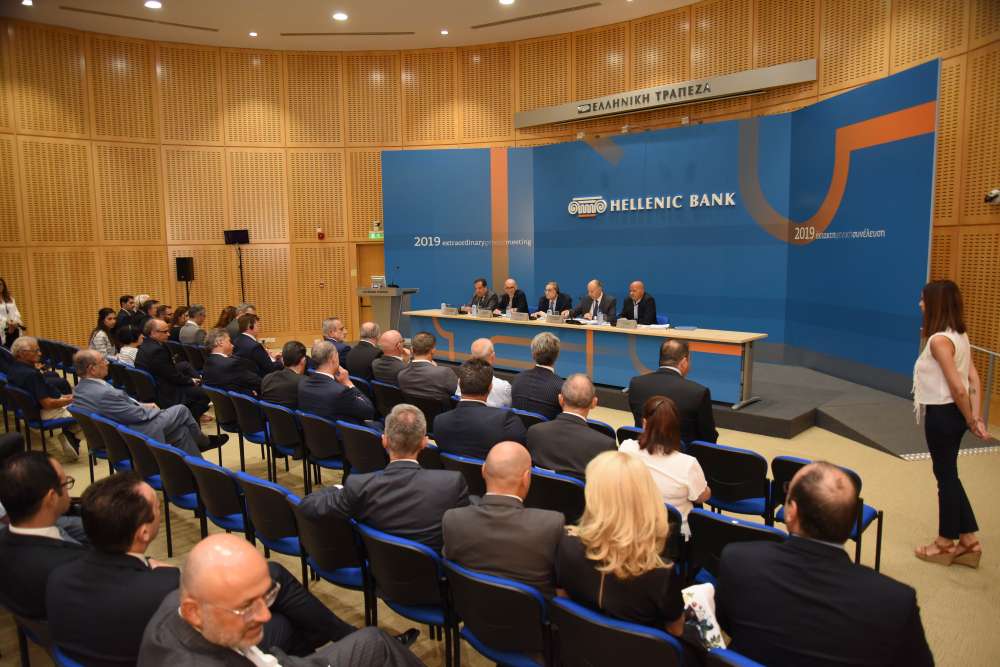 Hellenic Bank’s shareholders have approved such amendments to the constitution that effectively pave the way for big changes in the new structure of the Board of Directors.

The most important change approved at an extraordinary general meeting on Wednesday is that every year all directors have to step down and make themselves available for re-election. This means that 11 board positions will become vacant next month when Hellenic’s General Assembly is set to take place, allowing for the appointment of chosen candidates by the bank’s new shareholders.

This, however, does not mean that the issue has been resolved since, according to insiders, the 11 vacancies are eyed by more than 20 persons. And submission of candidacies is still open – up until 10 days before July 24’s Assembly.

In addition, if the number of elected directors exceeds the maximum number the regulations permit, then a specific procedure will be followed. Executive directors who receive more positive than negative votes will be elected regardless of whether one or more of the non-executive received more positive votes.