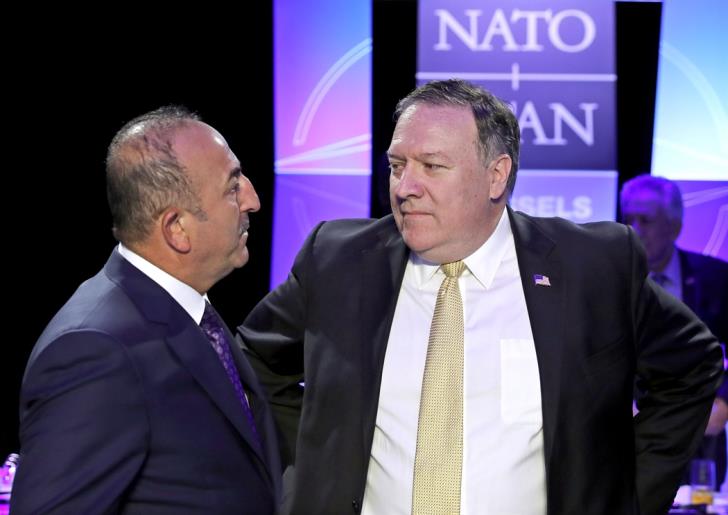 The recent geopolitical shifts in the area of the Eastern Mediterranean and especially the rift in relations between USA and Turkey are expected to influence the course of talks on the Cyprus issue, especially since the United States and Israel are possibly hoping for a closer collaboration with Greece and Cyprus in the future. On September 13, the Foreign Ministers of Greece and Cyprus, Kotzias and Christodoulides are set to visit Israel for talks with the Isreali authorities.

Meanwhile, Exxon Mobil’s operations in Cyprus are reportedly not affected by the new developments. In addition, the French Foreign Minister’s visit to Nicosia in September is reportedly connected to French company Total’s involvement in the Cyprus EEZ.

In regard to the Cyprus issue, Akinçi and Anastasiades, who will be in New York this September expect to be invited by the UN Secretary General with news of either a new series of five-party talks (since Greece’s Prime Minister Tsipras and Turkey’s president Erdogan will also be there) or a declaration of an inability to host new negotiations since not enough common ground has been found.

The Foreign Ministers of Greece and Turkey, Kotzias and Cavusoglu will have three meetings within the next few months, with the Cyprus issue being one of the most important topics in their agenda. The first meeting will take place during the informal meeting of EU Foreign Ministers in August 30-31 and the second in Izmir at the opening of the Greek consulate there. The third will be at New York at the UN Security Council Meeting.

By In Cyprus
Previous articleCash, watch stolen from Latchi home
Next articleUpdate 2: Fire raging between Alassa and Lofou contained