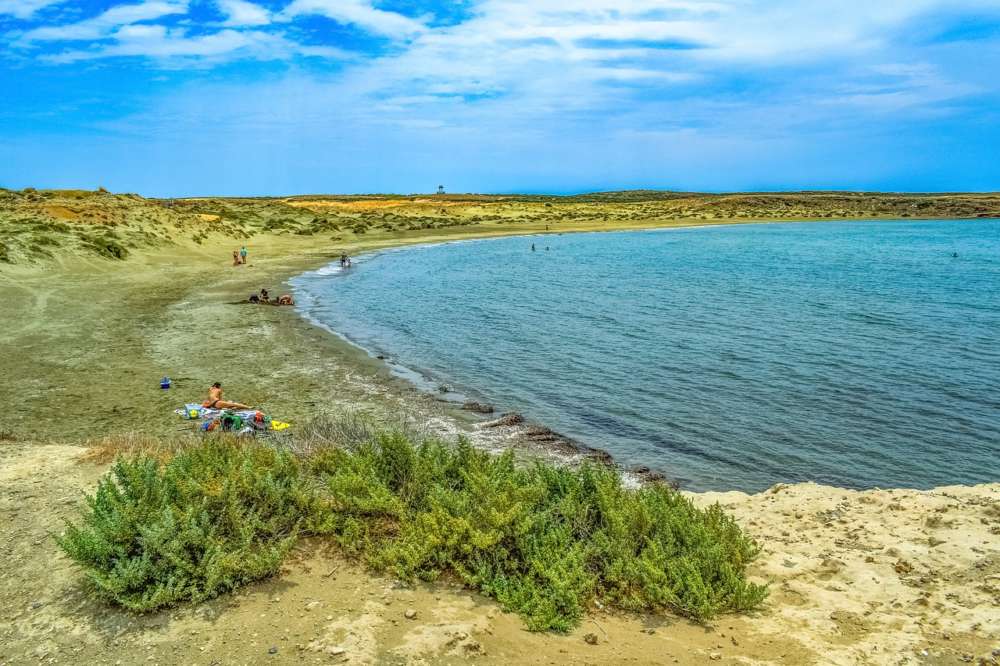 The first step towards another large development in the wider area of ​​the casino in Limassol was taken yesterday with the issue of an environmental opinion to divide 78 plots, paving the way for the construction of residential units and offices, Phileleftheros reported on Thursday.

The proposed division into plots concerns private land, which falls into a residential and office development zone, bordering in the north with the land of the planned ‘City of Dreams Mediterranean – Integrated Casino Resort’ casino, northeast with “My Mall” and Akrotiri Forest in the south. The western part of the proposed development borders with the golf course and related developments “Limassol Greens Golf Resort”, while the new Limassol Port is 500 metres away from the southeastern border of the area.

The Akrotiri Salt Lake is located 700 metres from the south border of the area in question, and Lady’s Mile Beach is also nearby.  The operator of the project under study is ‘Cyprus Phassouri (Zakaki) Ltd’ member of ‘CNS Group’.

The proposed land division is aimed at creating a residential development with the designated green areas, zones for pedestrians, bikeways, playgrounds and all the necessary infrastructure, as well as the construction of the residential properties of various types and sizes, including houses and apartments.

It is noted that 990 square metres to be used for the construction of the main road in the southern part of the development falls under the state-owned forest land, and an application for an exchange of 1,000 square metres of private land has been submitted.

The Environmental Authority has additionally evaluated and analysed specific issues that require further investigation, such as bird species protection and conservation measures, the importance of existing tree clusters for the bird species (which under the proposal are to be removed), tackling the problem of mosquitoes, managing the flow of rainwater that will end up in Akrotiri Salt Lake to enhance the water balance in the area, and, moreover, the necessity to improve the infrastructure and functionality of the road artery in the southern part of the area.

Regarding the problem with mosquitoes, the environmental report  notes that there is no proposed solution or mitigation measures n any of the studies (including the Environmental Impact Assessment Study and additional data submitted by the researchers). Given the proximity of the project to the wetlands and taking into account that visitors/residents will certainly be affected by the problem, measures must be taken to to mitigate the impact of mosquitoes, given that the situation is already problematic.

The Department of the Environment does not object to the promotion of the proposed development, provided that specific criteria are met, which aim at limiting negative environmental impacts to ensure that the project is environmentally sustainable.

According to the Department of the Environment, the wider Akrotiri region at this stage needs additional infrastructure to support rapidly developing areas and to ensure integrated environmental protection, in relation to the existing but also planned residential and commercial developments in  an an area bordering the Akrotiri Salt Lake wetland.

The proposed project occupies a large area and is located northeast of the Akrotiri Salt Lake region, which is considered to be the most important wetland of Cyprus and one of the most important areas for migrating birds wintering in Cyprus.

Measures to protect the falcon

The main impacts that are expected to occur during the construction works include the possible consequences on bird species, in particular, the red-footed falcon and Eleonora’s falcon and the wider habitat.

The report notes that if there is a need – during the construction phase – for groundwater management (dewatering). An environmental management study on drainage water should be submitted immediately to the Environmental Authority, which must be approved before construction work can begin.

The issue of rainwater management of individual developments resulting from the plot division under study, as well as of other developments (existing and planned) located nearby the Salt Lake, should be thoroughly studied as the change in both quantity and quality of the rainwater might have a negative impact on the Salt Lake’s ecosystem.

The final number of existing trees expected to be removed are 101 cypress trees, approximately 112 eucalyptus trees (in the area of ​​the southern highway where forest land is to be exchanged), and 30 one-year-old shrub-size eucalyptus following a tornado in the area.

It is noted that the developer has already planted around 400 cypress trees along the southern limits of the development and is expected to replenish these removals with at least an equal number of trees, preferably cypress trees.

It is proposed to plant 680 cypress trees in linear green spaces, and it is further proposed to reinforce existing tree stocks.