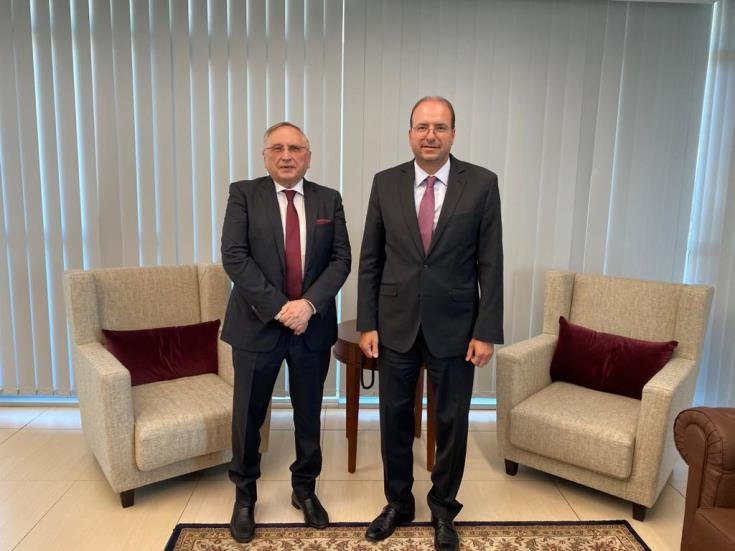 “The Minister had the opportunity to discuss with Ambassador Osadchiy developments in the Eastern Mediterranean and to brief the Russian top diplomat to Cyprus on Turkey’s aggressive actions  within Cyprus’ EEZ,” a press release by the Ministry said late on Thursday.

The two officials “exchanged views concerning Cyprus’ role in the region as well as the collaborations which are developing aiming for security and stability in the region,” it added.

Osadchiy also congratulated Petrides on his new post to the Defence Ministry and wished every success.

The meeting with the Ambassador of Russia, a permanent UN Security Council member-state, took place as Turkey dispatched a seismic vessel, Barbaros, for illegal activities in the Cypriot EEZ.

Barbaros entered the Cypriot EEZ on July 30, 2020 with Turkey blocking an area southeast of Cape Greco that includes parts of blocks 2, 3 and 13 of Cyprus’ EEZ.