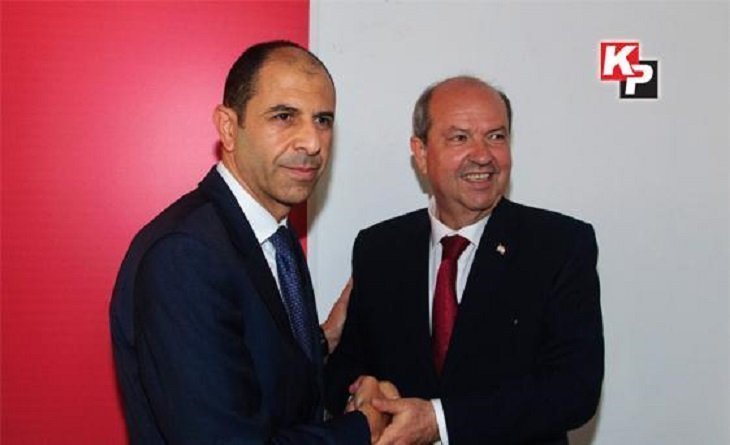 The National Unity Party (UBP) and the People’s Party (HP) agreed on Wednesday to form a new coalition “government” in the occupied north.

The two parties signed an “official” coalition protocol this morning before the UBP leader Ersin Tatar, who presented it to Turkish Cypriot leader Mustafa Akinci.

Speaking during the ceremony, the leader of the Peoples’ Party Kudret Özersay said that the country was going through a critical phase both politically and economically, particularly in regard to the Cyprus problem.

According to Turkish Cypriot media, the distribution of seats in the new government will be seven to three (7-3) with UBP holding the majority of the cabinet.

The previous “government” collapsed when several members of the “cabinet” resigned, after it was made public that the “Finance ministry”, led by Serdar Denktash, leased ‘state’ land, without proper procedures being followed, to the Rauf Denktash university, in which his son is a main shareholder.

A probe has been launched into the case.