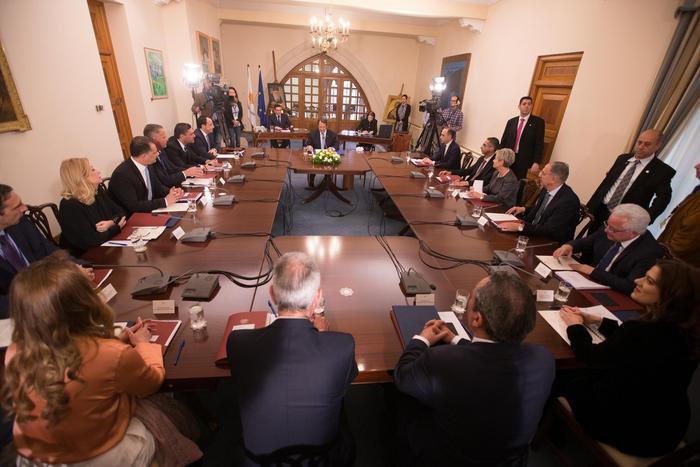 Health schemes of employees at semi-governmental organisations and municipalities will be abolished by June 2020 because of the implementation of the second phase of the island’s General Healthcare System (Gesy). Nonetheless, employees at the wider public sector will continue to receive the same privileged benefits as they do now.

And this because their existing health schemes will operate under the umbrella of supplementary benefits or some other form of provided services not covered by Gesy, according to a new Cabinet decision taken last week.

After a strong reaction by employees, a formula has been found which regulates the operation of existing funds in parallel with Gesy, insiders told Phileleftheros.

Cabinet has decided that semi-governmental organisations and local administration employees will continue receiving services not covered by the Gesy. These services will be provided through transformed Health Funds.

In fact, the proposal by the Council of Ministers is the following: “Any existing contracts and/or regulatory obligations of relevant bodies and local authorities for medical care to their staff not covered by the Gesy may continue to be provided, through the evolution of existing Extra Health Funds or other health funds, following an agreement between the administration of these agencies and representatives of employees.”

Based on this Cabinet decision, liabilities will be reassessed and adjusted. And provisions of the Industrial Relations Code will be followed in case of differences between concerned parties.

In essence, the new Cabinet decision amends the decision taken in March. Consequently, administrations of these organisations, agencies and municipalities should adapt their existing health plans, taking into account the coverage provided by Gesy from March to June 2020.

They will also have to adjust their budgets accordingly since the government has reiterated that its decision to abolish Health Funds by June 2020 stands.

Continued operation of health funds, in parallel to Gesy, was a major demand by trade unions. The Ministerial Council’s decision seems to embrace demands by employees. Both at semi-governmental organisations and municipalities, there was an ongoing dialogue between trade unions and administrations.

However, health plans in each organisation vary while the employer’s contribution, that is the one by the state-owned organisation to health funds, ranges from 1% to 12.5%.

In some organisations the costs of health funds are fully covered by the employer, while in others contributions are also paid by employees. In many semi-governmental organisations employee benefits through health funds even include glasses, contact lenses and hearing aids.