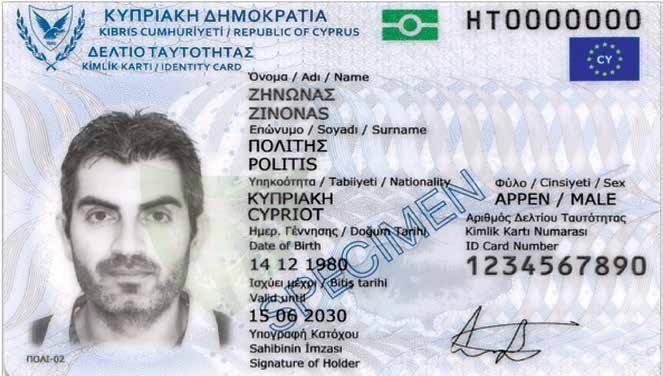 Some 850,000 Greek Cypriots and possibly tens of thousands of Turkish Cypriots who hold Republic of Cyprus ID cards have to gradually replace them with newly-released biometric ones, Philenews reported on Tuesday.

And the main reason behind the new IDs is the rising threat of terrorism, it added.

Biometric IDs meet all the requirements set by international and European law and will therefore have increased levels of security against terrorism, forgery and impersonation.

And of residence documents issued to Union citizens and their family members exercising their right of free movement.

It is noted that all existing IDs issued in previous types remain valid until their expiration date and will not be replaced.

By Annie Charalambous
Previous articleBelarus’ Lukashenko offers to hand over power after referendum
Next articleLarnaca coast flooded with garbage after Aug. 15 holiday