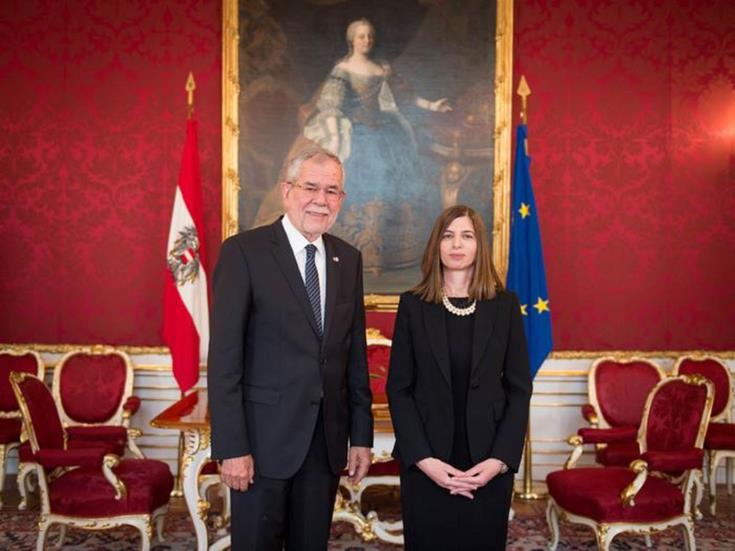 New Ambassador of Cyprus to Vienna Elena Rafti, has expressed Cyprus’ gratitude towards Austria for Vienna’s longstanding support on the Cyprus issue. The new Ambassador of the Republic of Cyprus to Austria presented recently her credentials to the Federal President of the Republic of Austria Alexander van der Bellen at a special ceremony held at Vienna’s Hofburg Palace.

According to a press release by the Press and Information Office, issued today, the Ambassador conveyed the warm greetings of the President of the Republic of Cyprus. She also assured the President that she would work with the aim to further strengthen the already excellent relations between Cyprus and Austria.

The Ambassador also spoke about the economic situation in Cyprus, informing the Austrian President that the crisis is over, proving the resilience of the Cypriot society.

The Austrian President asked to be informed about the upcoming visit of the Cypriot President to Vienna. The Ambassador informed him that the Embassy is in contact with the Chancellery and the Ministry of Foreign Affairs and aims for the visit to take place as soon as possible, the press release concludes.

By In Cyprus
Previous articleHospitals to recruit private doctors for Summer emergencies
Next articleArmenian, Christian and Hellenic US organisations against lifting restrictions on F-35 sale to Turkey