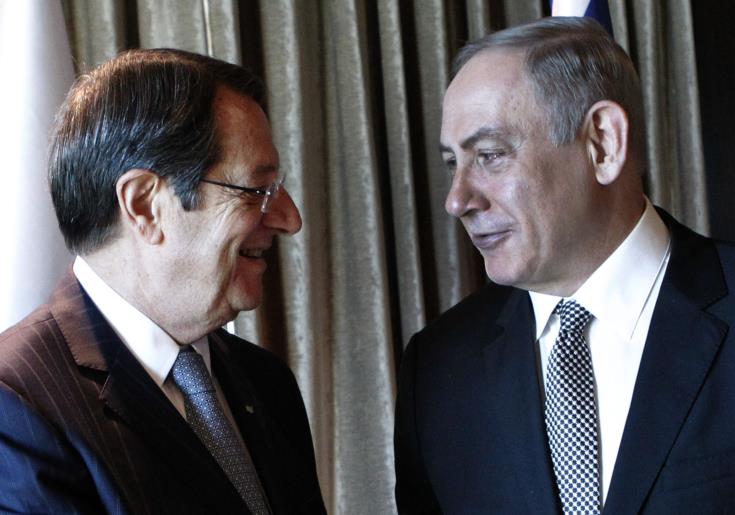 Israeli Prime Minister Benjamin Netanyahu condemned the unlawful memorandum of understanding signed between Turkey and Libya, in an effort to delimitate maritime jurisdiction areas, while speaking with the President of Cyprus Nicos Anastasiades. Netanyahu also suggested that Israel, Cyprus and Greece proceed immediately with the signing of an agreement concerning the EastMed pipeline.

According to a written statement by Government Spokesman Kyriacos Koushos, President Anastasiades has a long telephone conversation with Netanyahu on Friday morning, exchanging views on current developments and ways to deal with Turkey’s unlawful activities in the region.

The Israeli Premier expressed his gratitude over a Cabinet decision to adopt the International Holocaust Remembrance Alliance (IHRA) working definition of antisemitism.

Later on, President Anastasiades had a long telephone conversation with Lebanon’s caretaker Prime Minister Saad Hariri to coordinate action in order to prevent unlawful activities on the part of Turkey, that endanger stability and peace in the region.

On Monday, December 23, the President of Cyprus is expected to speak on the phone with the King of Jordan, Abdullah II.