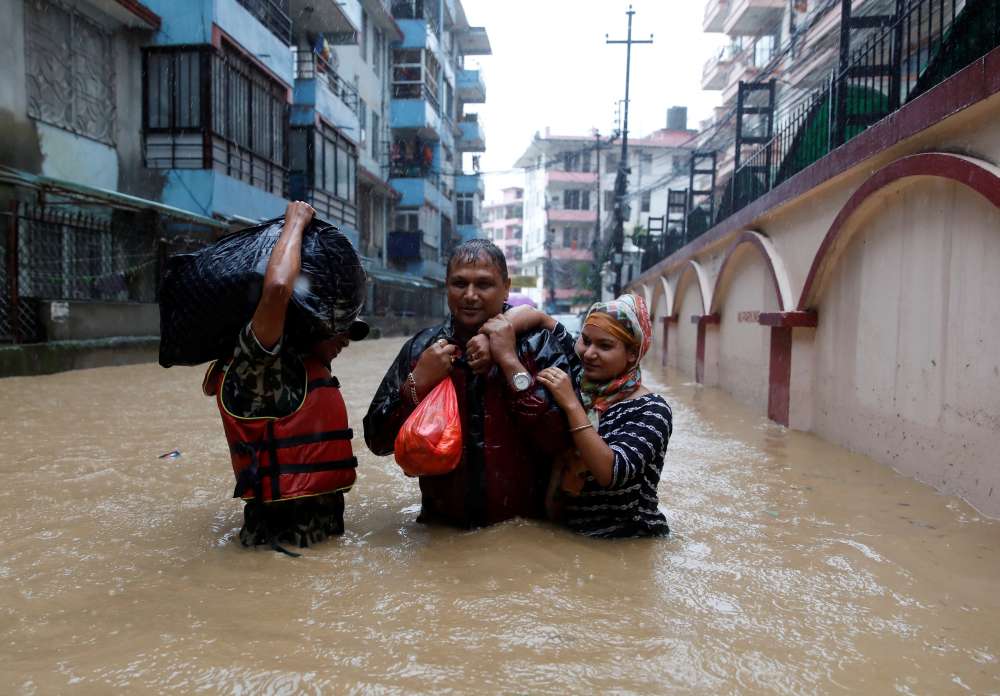 The death toll in Nepal from flash floods and landslides in the past three days rose to 47 on Sunday, with dozens missing and injured, the government said.

Incessant monsoon rains have pounded many areas in mostly mountainous Nepal since Thursday, submerging large swathes of land, innundating homes, and destroying bridges and roads across the country.

A Home Ministry statement said 47 people had been confirmed dead and 28 injured. There are 29 missing.

Television channels showed roofs of houses submerged in flood waters in the southern plains and people wading through chest-deep water with their belongings on their heads.

Officials said in some areas rains had eased but some rivers in the eastern part of the country were still above flood level. Authorities asked residents to remain alert.

The Kosi River, which flows into the eastern Indian state of Bihar, was among those that had risen above the flood level.

Nepal police official Ishwari Dahal said all 56 sluice gates of the Kosi barrage on the Nepal-India border had been opened last night for six hours to drain out 371,000 cusecs of water, the highest accumulation in 15 years. A cusec is a measurement of flow, equivalent to one cubic foot per second.

“Its water level has gone down now,” Dahal told Reuters from the barrage site in southeast Nepal.

The Kosi has been a serious concern for both India and Nepal since it broke its banks in 2008 and changed course, submerging swathes of land and affecting more than 2 million people in India’s Bihar state. About 500 people died in that disaster.