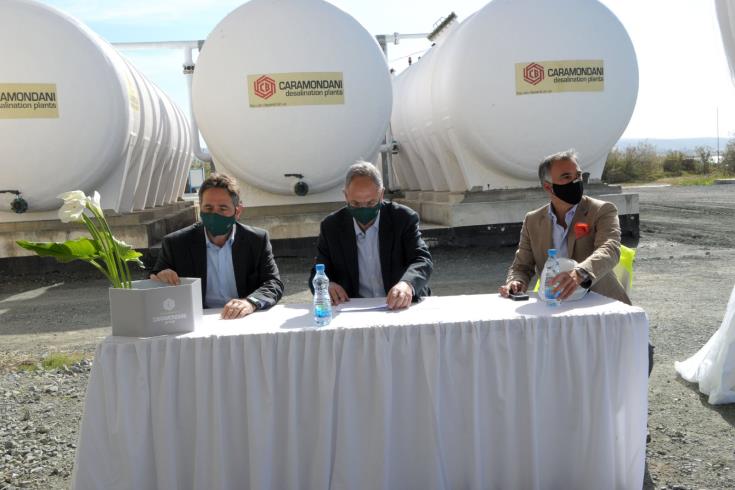 Various projects in Paphos with a cost of 123 mln euro were completed the last 8 years, Agriculture Minister Costas Kadis has said.

Speaking on Thursday during a visit to the district, Kadis said that so far 94 projects have been completed and another 46 are under construction or have been planned, with a cost of €217 mln. The Minister expressed his optimism as the country is “efficiently fighting the pandemic.”

Kadis said that these projects assist in the resumption of the economic activities that will allow us to exit the difficult phase of the pandemic.

During his visit in the region of Paphos the Minister visited a desalination unit in Kouklia saying that the project is almost finished and within the month Italian consultants are expected on the island to unveil the project.

The unit along with all others will cover 80% of the needs in water for the bigger urban and tourist areas of the island.

Some of the projects that have already been decided include the Paphos-Polis Chrysochous motorway, the upgrade of avenues in Paphos, Geroskipou and Pegeia municipalities as well as a dialysis center in Paphos.

The Minister also said that some other projects are under construction such as the project for the National Forest of Akamas, the archeological sites in Kato Paphos and other road works, the shopping center in Paphos and the upgrade of the Markidio Theater.