Nature is not a dumpster, Environment Commissioner tells CNA 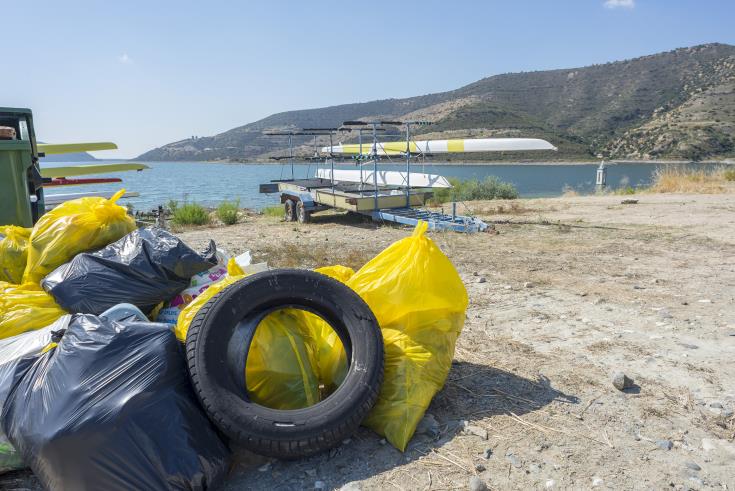 Dealing with the uncontrolled dumping of rubbish is both a matter of culture and legislation, Cyprus’ Environment Commissioner Ioanna Panayiotou has told the Cyprus News Agency (CNA).

A cleaning campaign of the area near Kouris dam in Limassol district, took place, on Sunday. The event was held under the Environment Commissioner’s aegis.

Where citizens and organised groups and local authorities’ good will does not work, legislation should, Panayiotou said, adding that although the legislative framework and the better waste collection systems are moving forward, unfortunately “we continue to be big producers of waste.”

The Environment Commissioner noted that Cypriots do not have a very ecological culture and do not realise that once someone buys a product he is also responsible for properly disposing of it.

“There are recycling points, there are green points,” she said, adding that “nature is not a dumpster.”

She congratulated the Pancyprian association of amateur fishermen of inland waters, Kitasweather and Friends of the Weather Cyprus who organised the campaign.

Volunteers gathered rubbish, old tyres and other objects during the planned activity but their effort is not enough to properly clean the area, Chairman of the board of the amateur fishermen of inland waters association Phivos Papachristophorou told CNA.

“We have been organising cleaning campaigns for 15 years now and we see no improvement,” he said, expressing the wish that authorities will become more aware of the problem and make a coordinated effort to improve the situation, since as he noted, the problem will not be resolved unless our culture is changed.

He thanked all volunteers and organised bodies who took part in the campaign.