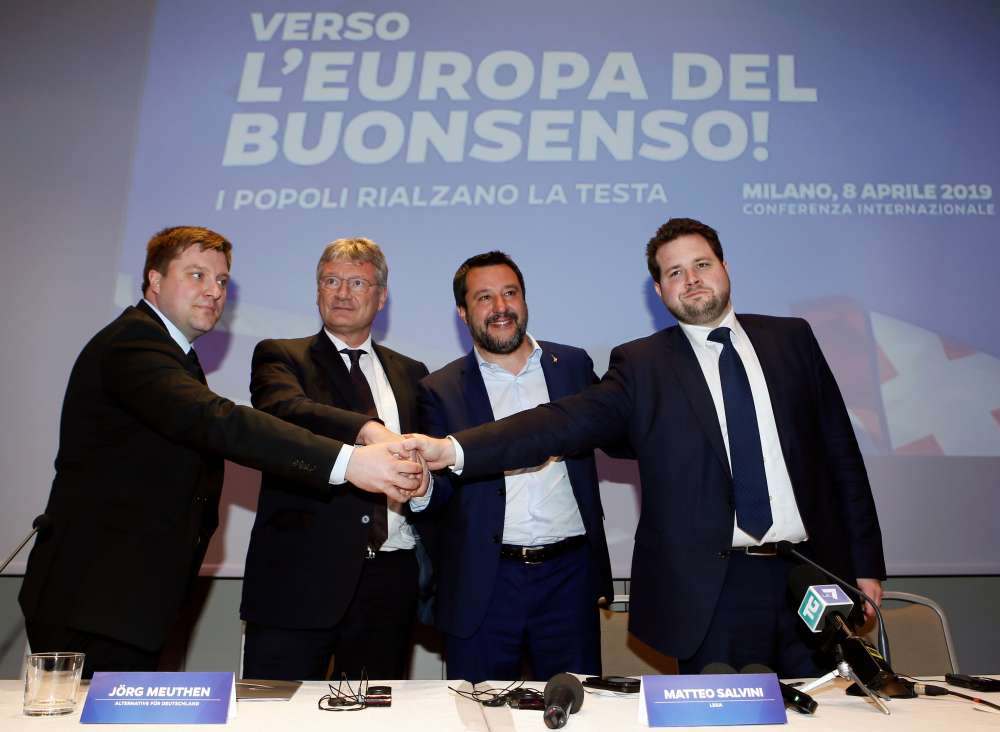 “We want to reform the European Union and the European Parliament, without destroying them. We want to bring radical change,” said Joerg Meuthen, the chairman of the eurosceptic Alternative for Germany party (AfD).

Meuthen told reporters that the new group within the EU parliament would be called the European Alliance for People and Nations and would initially involve at least 10 parties.

Monday’s event was organised by Italian Deputy Prime Minister Matteo Salvini, who heads the far-right League. Besides the AfD, the conservative Finns Party and the rightist Danish People’s Party, also pledged to support the initiative.

Europe’s sovereignist parties share the broad ideological goals of curbing the EU’s perceived liberal course and returning power to the member states’ capitals. But they often have very different economic and social policy ideas, making it often hard to create a coherent group within the EU parliament.