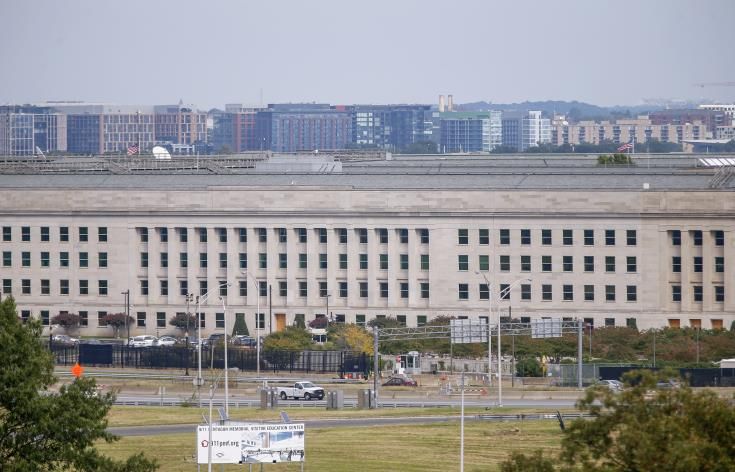 National Guard Chief, Lieutenant General Elias Leontaris, at the invitation the US Chairman of the Joint Chiefs of Staff Chairman General Joseph F. Dunford, participated in the international Chief of Defence on countering violent extremist organisations held on October 15-17 at Ford Belvoir, Virginia.

The National Guard Chief also held contacts with his counterparts from the US, Israel, Bulgaria, Italy, Egypt, Germany as well as with Admiral Apostolakis, Chief of the Hellenic National Defence General Staff and General Kostarakos, Chairman of the European Union Military Committee.

He also held a meeting with the General Mark Milley, the US’ Army Chief of Staff in the Pentagon and Robert Ashley, Director of the US Defence Intelligence Agency

Leontaris’ visit to the US concludes with a meeting with President of the American Hellenic Institute Nick Larigakis and Endy Zemenides, Director of the Hellenic American Leadership Council.

The Cypriot National Guard Chief also laid a wreath in the Tomb of the Unknown Soldier in Arlington.