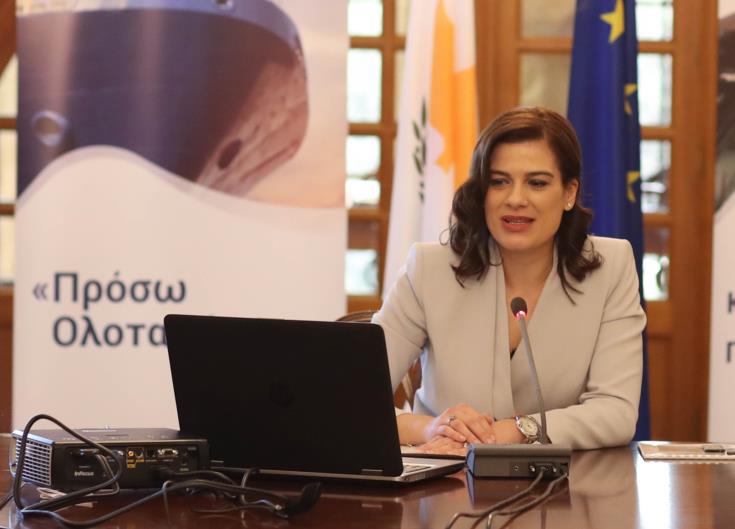 Cyprus deputy minister for shipping Natasa Pilides has been included in Lloyd’s List Top 10 most influential women in Shipping.

In an announcement, the Shipping Deputy Ministry said that the honour was a testament to Pilides’ efforts to promote Cyprus as a prominent maritime destination and to promote diversity in the sector.

The deputy ministry said that following the example set by the International Maritime Organisation with this year’s Maritime Theme of “Empowering Women in the Maritime Community”, Lloyd’s List felt it was important that the Top 100 project as a whole reflected more of the influential women steering companies, bodies and associations through these turbulent times in shipping.

Before unveiling those, who made it into the full Lloyd’s List Top 100 most influential people in shipping ranking, they highlighted the 10 influential women in shipping who have embodied the IMO’s theme of empowering women in the maritime community. Included in the ten is the Shipping Deputy Minister of Cyprus, Natasa Pilides.

By In Cyprus
Previous articleHow Boris Johnson’s election gamble paid off
Next articleTurkey-Libya MoU does not comply with the Law of the Sea, EU Council states