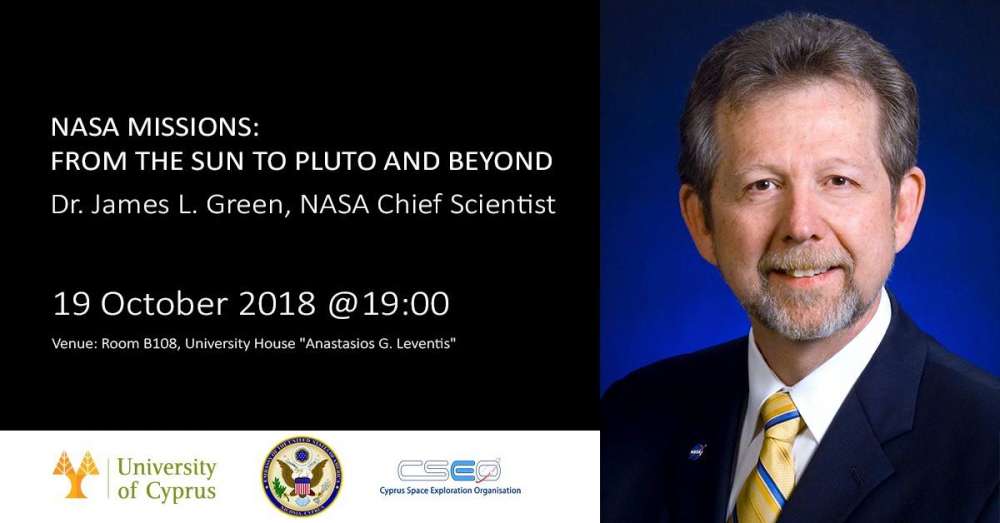 NASA`s Chief scientist James Green will be in Cyprus next week to take part in an International Space Summit organised by the Cyprus Space Exploration Organisation (CSEO).

On the occasion of his visit, a series of activities organised by the US Embassy in Nicosia, will take place, such as a lecture at the University of Cyprus and visits to schools.

“In cooperation with the US Embassy the opportunity will be given to the wider public to see and hear close up this leading scientist,” he said.

The International Space Summit will take place on October 15-19. During their meetings in Cyprus, the invited scientists will discuss and decide the future of Mars space missions as well as international cooperation. The summit will be attended by top-level scientists, such as the Chief Scientist of NASA James Green, the Director of Space Research Institute of Russia, the Minister of State of Advanced Sciences of the UAE, and other top officials and scientists from Europe, India and China.

The NASA official will also attend the local NASA Space Apps Challenge that will take place in Nicosia 20-21 October,
mentoring the teams during the competition.

CNA acts as an official media sponsor of the competition.