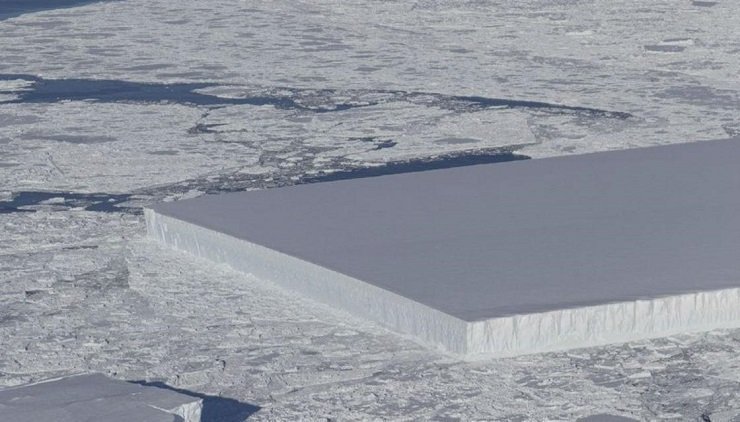 NASA has confused a lot of people on social media with pictures of an almost perfectly square iceberg in Antarctica, but there’s one very easy explanation.

The photo was posted on Twitter, and many suggested its straight edges may not necessarily have come from nature.

Several people suggested the iceberg was man-made, while others believed it could have been created by aliens.

What the Heck Is the Deal with This Weird, Square Iceberg? https://t.co/Y9T7trJ4sW pic.twitter.com/bWqhi9CSiP

But it turns out, at least according to ice scientist Kelly Brunt from the University of Maryland, some icebergs are just made like that.

“We get two types of icebergs: We get the type that everyone can envision in their head that sank the Titanic, and they look like prisms or triangles at the surface and you know they have a crazy subsurface. And then you have what are called ‘tabular icebergs,'” she told LiveScience.

Tabular icebergs form long, flat and straight and break off at the end.

“What makes this one a bit unusual is that it looks almost like a square,” Dr Brunt said.

She told LiveScience the iceberg would have formed recently and is likely more than 1.6km across. She warned against wandering about on it though.

It’s too big to flip over, but it could certainly crack up and disintegrate at any moment.