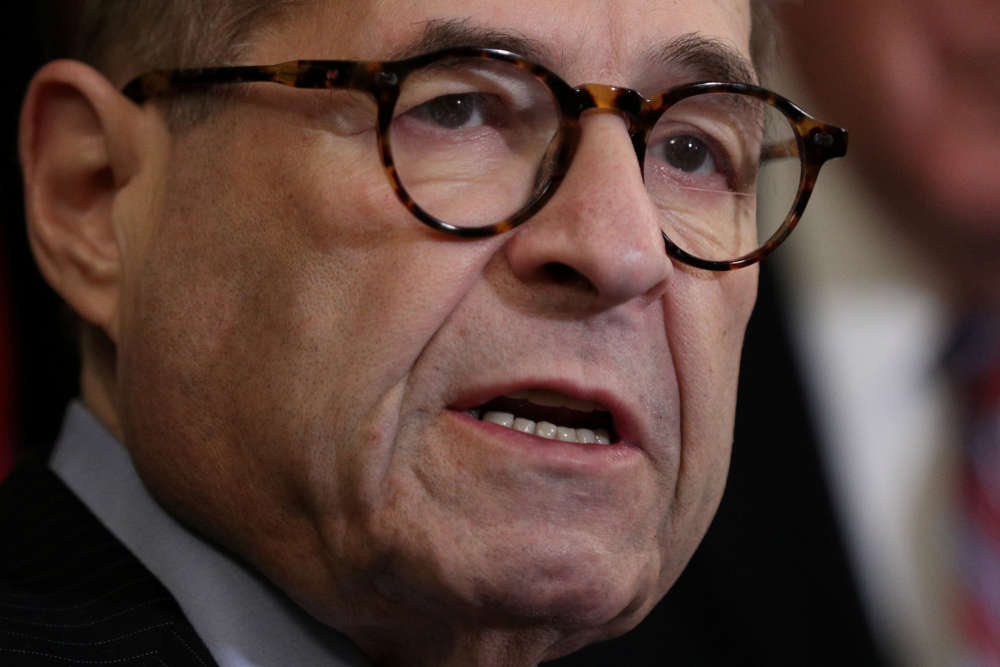 Jerrold Nadler, the Democratic chairman of the House Judiciary Committee, said on Sunday that articles of impeachment were being drafted and it was possible his panel could vote this week on charges against President Donald Trump.

Nadler told CNN’s “State of the Union” that the panel had “a lot to consider” in determining which charges to file against the Republican president.

“There are possible drafts that various people are writing,” he said. “But the fact is we’re not going to make any decision as to how broad the articles should be, as to what they contain what the wording is – until after the hearing tomorrow.”

The committee will hold a public hearing on Monday to consider evidence gathered in the inquiry that focuses on Trump’s request that Ukraine investigate former Vice President Joe Biden, a leading contender for the Democratic nomination to face the president in the 2020 U.S. election.

Democratic lawmakers worked through the weekend digesting information they received from the House Intelligence Committee and constitutional law scholars who testified before Congress on Wednesday.

“The Last Duel” at Pantheon: don’t miss it!