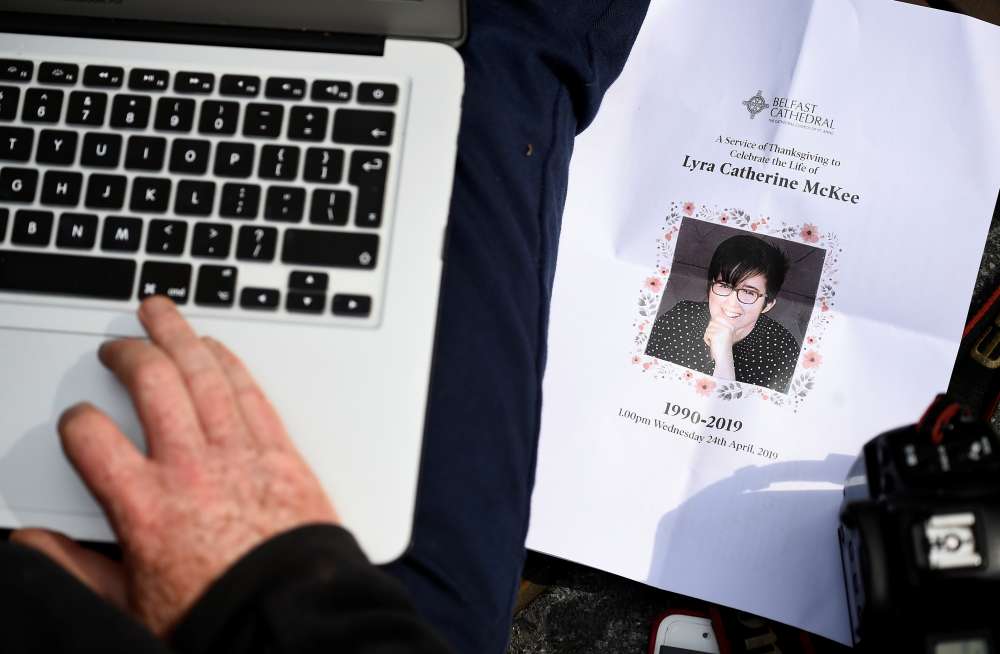 Detectives investigating the murder of journalist Lyra McKee in Northern Ireland last week suspect the gunman who shot her dead is in his late teens as they made a further appeal to the local community who they believe know his identity.

McKee’s killing by an Irish nationalist militant during a riot in Londonderry has sparked outrage in the province where a 1998 peace deal mostly ended three decades of sectarian violence that cost the lives of some 3,600 people.

The New IRA, one of a small number of groups that oppose the peace accord, has said one of its members shot the 29-year-old reporter dead in the Creggan area of the city on Thursday when opening fire on police during a riot McKee was watching.

The killing, which followed a large car bomb in Londonderry in January that police also blamed on the New IRA, has raised fears that small marginalised militant groups are exploiting a political vacuum in the province and tensions caused by Britain’s decision to leave the European Union.

Police released footage on Friday of immediately before and after the shooting showing three men who were involved in the rioting and identified one as the gunman who they believe is in his late teens.

“I believe that the information that can help us to bring those responsible for her murder to justice lies within the community. I need the public to tell me who he is,” Detective Superintendent Jason Murphy told reporters.

Murphy said those involved in the disorder on the night were teenagers or in their early 20s, and that about 100 people were on the ground watching the trouble as it unfolded.

He added that police believed the gun used in the attack was of a similar calibre to those used before in paramilitary type attacks in Creggan.

“I recognise that people living in Creagan may find it’s difficult to come forward to speak to police. Today, I want to provide a personal reassurance that we are able to deal with those issues sensitively,” Murphy said, echoing similar appeals in recent days.